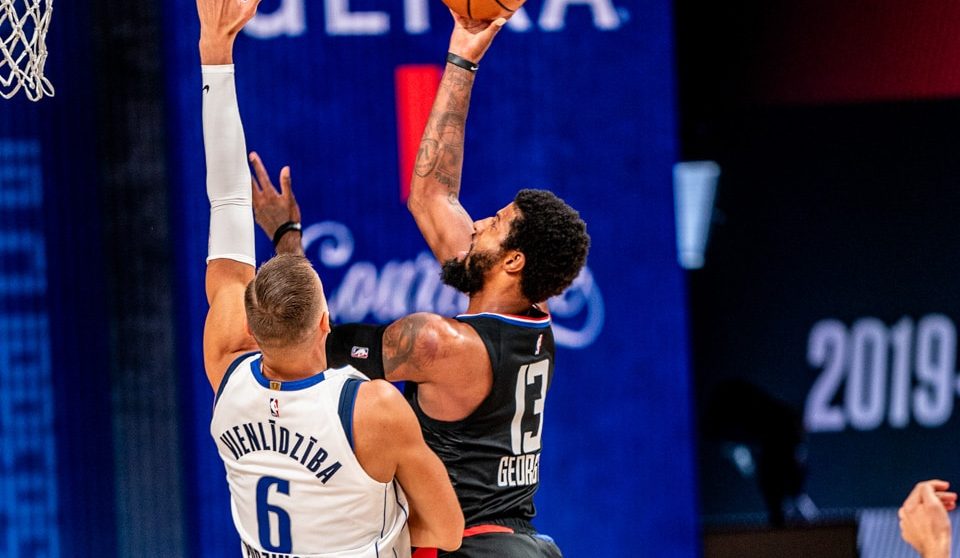 Looking to get back into the win column after a two-game road skid, the LA Clippers (10-7) held off a late fourth quarter charge by the visiting Dallas Mavericks (9-7) to get the 97-91 victory.

After playing the Mavericks near even through the first half of the game, the Clippers came out strong in the third quarter to seemingly take control of the contest. Paul George had 12 of his 29 points in the quarter as the Clippers built up a double-digit lead.

The Mavericks were without Luka Doncic, but even being short-handed they still mounted a late challenge. They pulled to within three points, 78-75 when Tim Hardaway Jr. knocked down a three-pointer.

The Clippers would answer with a 9-0 run to go back up by double-digits, 87-75. But the Mavericks weren’t finished yet. They used an 10-1 run to crawl back to within 88-85 with Kristaps Porzingis scoring a few buckets during that spurt.

But it was the tandem of George and Reggie Jackson who would keep the Mavericks at bay as well as a big defensive play from Terance Mann.

George had a late sequence in the final minute and a half where he was fouled and hit both free-throws, split the defense for an uncontested dunk, and hit a short elbow jumper, that last bucket giving the Clippers some breathing room at 94-89.

On the following possession, Jalen Brunson drove to the rim against Mann and elbowed him in the face, but Mann was called for a foul as Brunson finished the layup. Clippers head coach Tyronn Lue immediately challenged the call and was successful, erasing the basket and giving the Clippers the ball.

It was then that Jackson put the game away with a wild, twisting circus shot in the lane that gave the Clippers a 96-89 lead with 29 seconds left.

The win gave the Clippers some early momentum as they begin a six-game home-stand that will last through Dec. 1 against the Sacramento Kings.