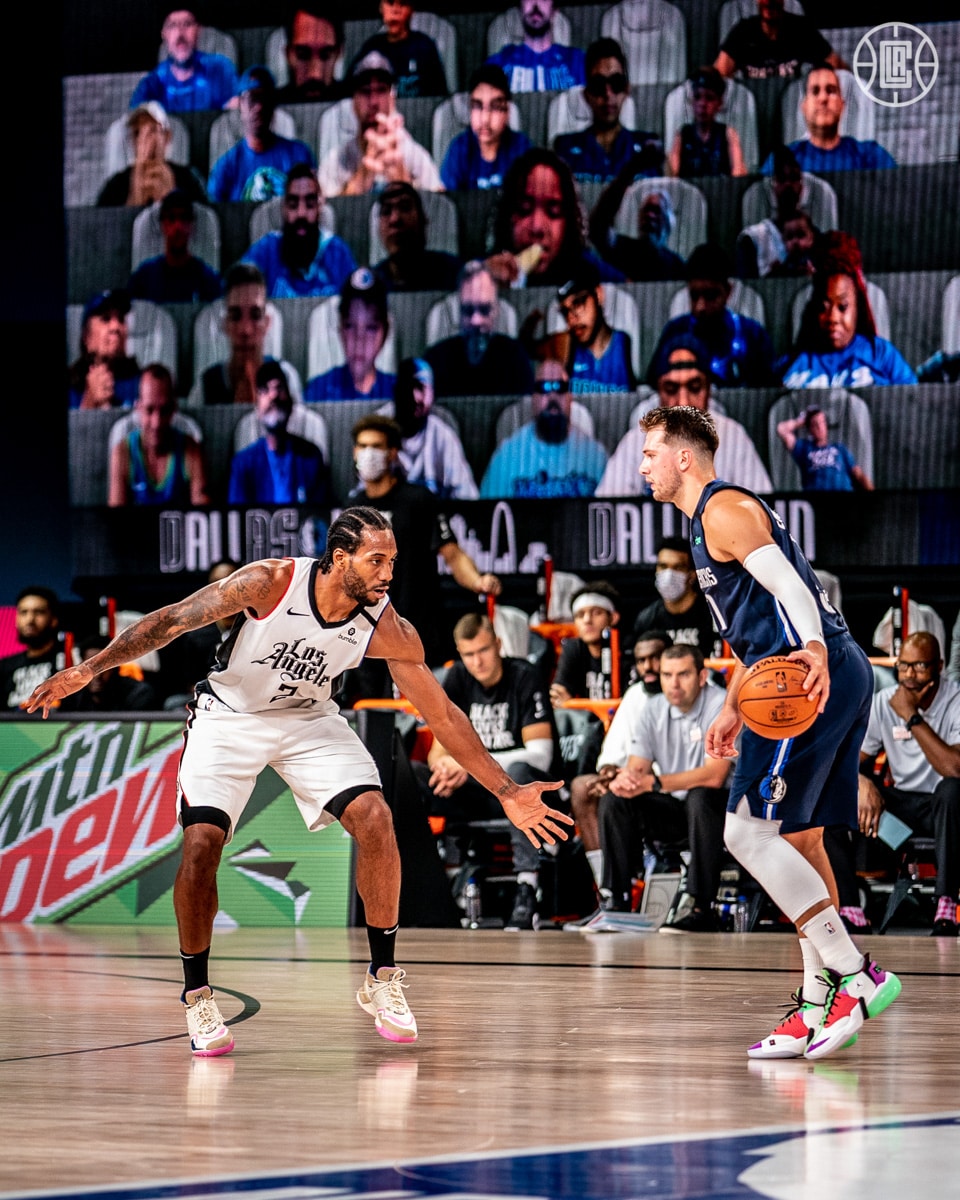 The Clippers take on the Mavericks in a clash between two Western Conference playoff teams, and a rematch of the 2020 postseason. Check out the full preview of the Clippers’ game against the Mavericks below.

After a great win over the Warriors in their first game after the All Star Break, the Clippers got absolutely annihilated by the Pelicans last night, falling 135-115 (and it wasn’t even that close). Their defense continues to be inconsistent at best, and downright poor at worst, which is not good considering the reputation of many of their players. Their shooting has also been on the decline, with many of their players slumping from deep after hot starts to the season. And, most worryingly of all, injuries are piling up quickly. After losing Pat Beverley against the Warriors, Serge Ibaka left the Pelicans’ game after the first quarter with back tightness, and then Terance Mann injured his ankle late in the 4th quarter. The Clippers have been great when healthy this year, but not very good when not 100%. Most teams have a drop-off with injuries, but championship contenders probably shouldn’t look as rattled as the shorthanded Clippers have at times this season. Overall, things aren’t bad, but they’re not great either.

The Mavs, on the other hand, have to be feeling pretty good. They have won 7 of their last 10 games, and have nearly fully recovered from a very slow start to their season. The Mavs don’t have the historic offense that they did last season, but they’re still quite good on that end and are surging. Luka Doncic is the alpha and omega for the Mavs, a 21-year old wunderkind who has improved as a shooter and defender after a top-4 MVP finish in 2020. The Mavs are going to be a playoff team as long as they have Luka, and while their defensive issues and lack of a true second banana remain, their supporting cast is competent enough to make them dangerous on a night-to-night basis.

Starting Luke: After being out of the rotation for much of February, Luke Kennard played well for the short-handed Clippers before the All Star game, and then had a very nice outing last night against the Pelicans. While Reggie Jackson has outplayed him across the season as a whole, Luke certainly offers more upside than the veteran Jackson, and it might be worth the loss in ball-handling to add Luke’s superior shooting and decision-making. Luke is pretty bad defensively, but Reggie might be even worse, so there wouldn’t be a drop-off there. Really though, Luke just should be better than Reggie, and he may as well get his second chance with Beverley out and the Clippers struggling.

Revenge for December: The Clippers’ last game against the Mavericks went even more poorly than last night’s contest against the Pelicans (which, as mentioned elsewhere in this preview, was a dreadful loss). The Clippers trailed by 50 at halftime and lost by 51, their largest defeat in franchise history. Hopefully between that humiliation and last night’s defeat, the Clippers come out invigorated and ready to go, even with Pat out and potentially Serge and Terance as well. Players may not say that they think about these kinds of mini sub-plots, but it’s just human nature to care about that sort of stuff, and in this case, hopefully the Clippers do. A revenge shot in the arm could be what the doctor ordered.

PatPat or Small Ball: If Ibaka is out, the Clippers will have an interesting choice to make – who to play at backup center. Against the Pelicans, they went with two different options. The first was Patrick Patterson in a second-quarter stint after Ivica Zubac got in foul trouble. Patterson didn’t really do anything outside of miss threes, and offered no rebounding or rim protection. The other option is going small with Marcus Morris and Nic Batum at center, a lineup that has actually closed for the Clippers this year. The issue with that, of course, is lack of rebounding and rim protection, both of which were brutally apparent against the Pelicans, who got to the rim and finished at will against that lineup. Neither sounds great against the offensively potent Mavs, who are supercharged by the ever-driving Doncic. The only other option is little-used rookie Daniel Oturu, who played his first NBA game in a number of weeks yesterday after being out with an injury. Going with him against a playoff team would be very risky, so it probably won’t happen unless Zu or Patterson gets in real foul trouble again. Still, either way, the Clippers will need to make up for the lack of size around the basket with improved perimeter defense and smaller guys stepping up on the glass.

Well, that’s about it for this game preview of the Clippers against the Mavericks. Give your thoughts in the comments below, and stick around for the game thread!