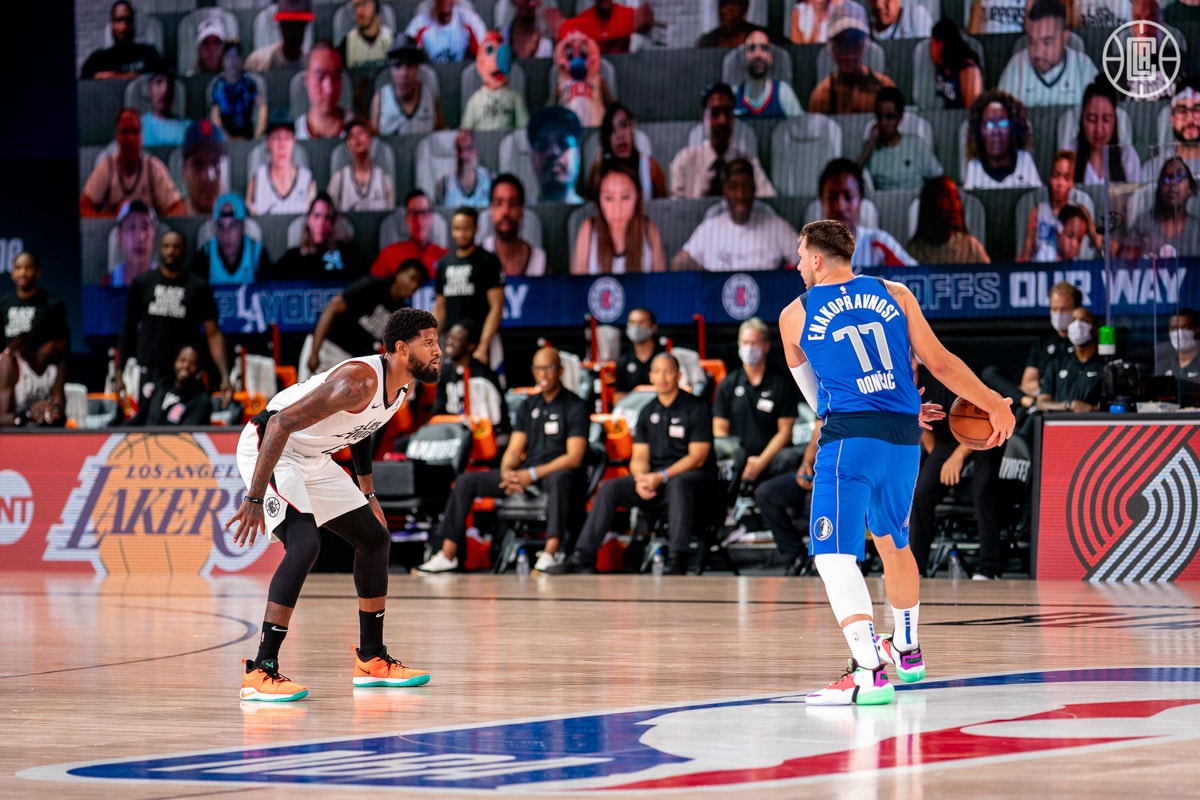 The Clippers take on the Mavericks in another game that is a rematch of the 2020 playoffs.

Gruesome facial injury to Kawhi Leonard aside, it’s hard to criticize much of the Clippers’ first two games. Sure, Patrick Beverley has fouled too much, and that’s led to an overdose of Reggie Jackson, but nearly everything else has been smooth sailing. Paul George looks like an All-NBA player, Serge Ibaka has made a major impact on offense while providing an upgrade to Montrezl Harrell on defense, and Nic Batum appears to have a lot of gas left in the tank. Now, there’s a lot of small sample size going on regarding shooting, and that will regress as the season goes along – but it’s hard to deny that this team just looks better than they did last year. This is especially true on offense, where the ball movement has improved substantially from 2020. There are rotation kinks to work out, and the depth at forward remains very shaky even with Batum’s play, but the Clippers look like the contender they were supposed to be last season.

After reaching the playoffs last year with young superstar Luka Doncic leading the way, the Mavs were projected to take another step forward this season, mostly from internal improvement. Through two games, they are a disappointing 0-2, though they have had a tough start to the season by playing the revamped Suns and defending champion Lakers. Not helping matters is that second-best player Kristaps Porzingis is out for the start of the season because he’s rehabbing from a knee surgery.

However, some of their issues extend beyond these big-picture problems. Their shooting has been dreadful to start the year, which could be a small sample size or a regression from an offense that was historically effective last season. Jalen Brunson and Dwight Powell, who are making their way back from their own injuries, have played below their norms. And, most importantly, Luka hasn’t looked himself, appearing somewhat out of shape. A lot of this will probably improve over time, but a slow start in the Western Conference could prove devastating for making the playoffs.

Attacking Dallas’ Weak Points: Something the Clippers have done well so far this season is picking at weak spots of defenses. Against the Lakers, they targeted Dennis Schroder and Montrezl Harrell, and attacked Marc Gasol in space, while against the Nuggets, Jamal Murray was attacked due to his size. The Mavs were a bad defense last year, and despite adding a very good defender in Josh Richardson, they play a lot of negative defenders. The Clippers should be able to attack the basket against Powell, who is a mediocre at best rim protector, especially when Maxi Kleber is out of the game. They can also focus on the Mavs’ smaller guards such as Brunson and Trey Burke and try to force switches onto George and Leonard. Getting Luka in foul trouble and forcing him to expend energy on defense is also a great strategy. The Clippers should be able to score with ease, and hopefully Ty Lue devises some tactics that enable the offense to thrive.

Getting Luke Going: Luke Kennard has been quiet so far. That’s not to say he’s been bad – he’s contributed as a rebounder, ballhandler, and playmaker in ways that Landry Shamet rarely did as a Clipper. However, he’s been hesitant offensively, instead passing up open looks to try to get teammates better shots. Ball movement is wonderful, and Kennard being able to make plays for others is a huge plus, but he’s a devastating scorer when he gets going, and it wouldn’t hurt to see him hunt his shot a little bit more frequently. He’s probably still getting his legs under him after not playing in a real NBA game for nearly a year, and is also adapting to new teammates. Still, hopefully the Clippers can run some pet plays designed to put him in positions to score and unlock his offensive capabilities.

Keeping Turnovers Down: The Clippers’ main blight thus far has been turnovers. They’ve averaged 18.5 giveaways per game across their first two games, a massive number that kept the Lakers and Nuggets in their respective contests despite the Clippers outplaying them in many aspects. Turnovers are usually high to start a season as teammates get acclimated to one another and just get back into the swing of meaningful basketball, but the Clippers have been particularly careless so far. Higher turnovers do usually result from increased ball movement – while isolations aren’t pretty and not always effective, they are a very low turnover play type. The Clippers need to work in that passing and movement while also limiting their mistakes. This is especially true against the Mavericks, a team that is deadly in transition due to their shooting and Luka’s passing.

This rematch of the 2020 playoffs between the Clippers and Mavs should hopefully result in an entertaining game. Comment on the game below!