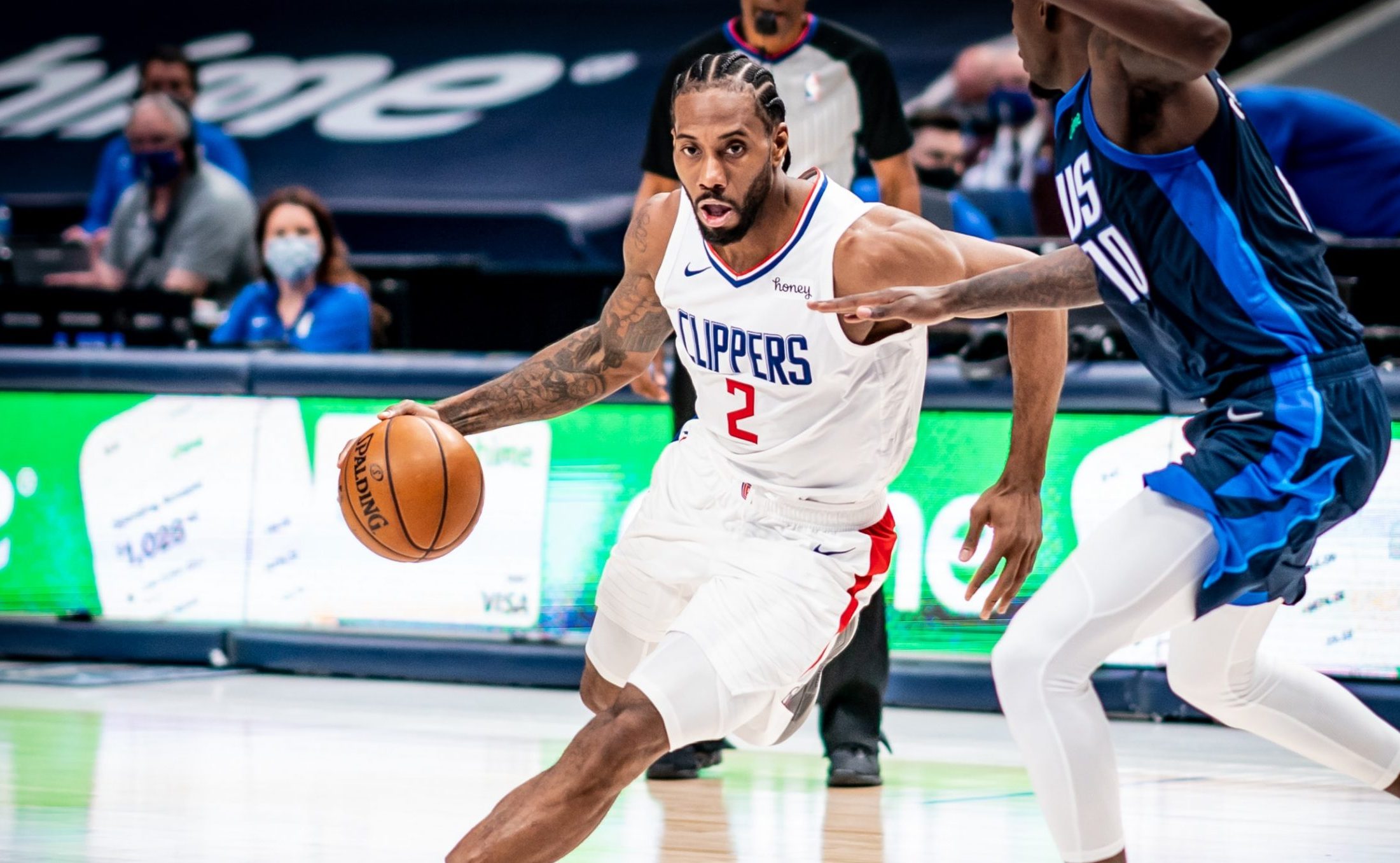 The Clippers, powered by a superstar Kawhi Leonard, took Game 6 from the Mavericks 104-97 to send the series back to Los Angeles for Game 7. Keep reading for a full recap of the wild Game 6 between the Clippers and Mavericks below.

The game started off with the Clippers looking a bit anxious. Their defense was solid enough, although the Mavs continued to hit tough jumpers, but their offense was not. Unable to puncture the Mavs’ zone consistently, the Clippers gave the ball away several times in hideous fashion, and settled for contested jumpers when they did maintain possession. Fortunately, Reggie Jackson was a man on fire, hitting all six of his first shots for 14 points to keep the Clippers attached. Terance Mann was the Clippers’ first sub 10 minutes into the game, and was their only sub of the entire 1st quarter, a tremendous trimming of the rotation by Ty Lue.

The second quarter started with Rondo and Zu in as well, and then Ty Lue got really weird another minute in, substituting Luke Kennard for Nic Batum to go very small with Paul George ostensibly playing power forward. After a couple sloppy defensive possessions, he went even smaller by inserting Marcus Morris back into the game for Zu. Unfortunately, George was the only player who seemed to have any aggression or offensive capability whatsoever, and the Mavs actually grew their lead with Luka on the bench. On the plus side, after a quiet 18 minutes, Kawhi Leonard finally showed up in a flurry, scoring 14 points over the back half of the frame. That, combined with some stout Clippers defense and cold Mavs shooting, was enough to give the Clips a three-point lead entering halftime.

The third quarter started with more subpar Clippers’ play, immediately shifting the momentum. Paul George had several bad turnovers, Marcus Morris and Nic Batum clanged open threes, and the Mavs’ role players got going. Once again, Kawhi Leonard came to the rescue, going on a personal 11-0 run to give the Clippers a four point lead again. But all was for naught, as a terrible stretch of defense and turnovers gave the lead right back to the Mavs going into the 4th.

The fourth quarter started with huge minutes from the bench lineup, with Ivica Zubac grabbing a couple offensive rebounds and Luke Kennard hitting a push shot. The starters for both teams came back in early, and the rest of the game was absolutely crazy. The Clippers’ defense locked down, with the starters playing incredibly on switching, hedging out onto Doncic and recovering to shooters. Meanwhile, Kawhi Leonard took the game over on offense. He hit tough shot after tough shot, including multiple stepback threes, singling out Luka on the defensive end and picking on him relentlessly. It’s hard to put into words how good the performance was, but it was enough to carry the Clippers to a win, supported by the supporting cast’s defense and Paul George’s rebounding.

Kawhi Leonard, Superstar: Kawhi was every bit the superstar the Clippers wanted when he signed nearly two years ago. He shot 18-25 from the field (72%), 5-9 from three, and 4-4 from the free throw line, and scored 43 of his 45 points in the last 30 minutes of the game. He simply took the game over on offense, and while his defense was not quite as good as it was at his peak with the Spurs, it was still very good. He hit just about every shot he took, and would not be denied. It was stupefying to watch, maybe the best performance of Kawhi’s career and one of the best ever in a Clippers’ uniform. Unreal.

Reggie Jackson Steps Up: In the biggest game of the season thus far, Reggie Jackson came through. Sure, he was 2-9 from the field after his 6-6 start and had some typically questionable defensive rotations and turnovers, but that start kept the Clippers in it early, and he still competed hard on defense down the stretch. It appears that at least in this series, the Clippers will ride or die with Reggie, and while that might not be a great sign for a long playoff run, the man has earned it.

Defense Keys In: The difference in this one, outside of Kawhi’s dominance, was the Clippers’ defense. Outside of a few stretches of slippage, notably at the start of the 1st and 3rd quarters, the Clippers were locked in all game. They forced the ball out of Luka’s hands, making other Mavs’ score and make plays, and outside of Tim Hardaway Jr. (who sizzled yet again), were rewarded for it. As for Luka himself, they contested nearly all of his shots, were physical with him, and did their best to avoid fouling. It was a spectacular defensive performance, and if the Clippers could have gotten to even 90% of this in previous games, they would have already won the series.

Rotation Changes: Ty Lue kept the rotation to the barebones in this one. Paul George played the entire second half and logged 42 minutes, while Morris and Kawhi played 42 apiece, and Reggie and Batum received 38 and 37 minutes. The other change was Luke Kennard, who played 10 minutes and wasn’t awful despite passing up several open looks and clanging a few others – he looked much more confident in his second half stint. Ivica Zubac picked up just five minutes, while shockingly, Rajon Rondo received just 10. Rondo was awful again in this one after an atrocious Game 5, bricking both of his shots and playing poor defense by overgambling. The Clippers desperately need more from him in Game 7.

That about does it for this recap of the Clippers’ Game 6 win over the Mavericks. Leave your celebratory comments below!