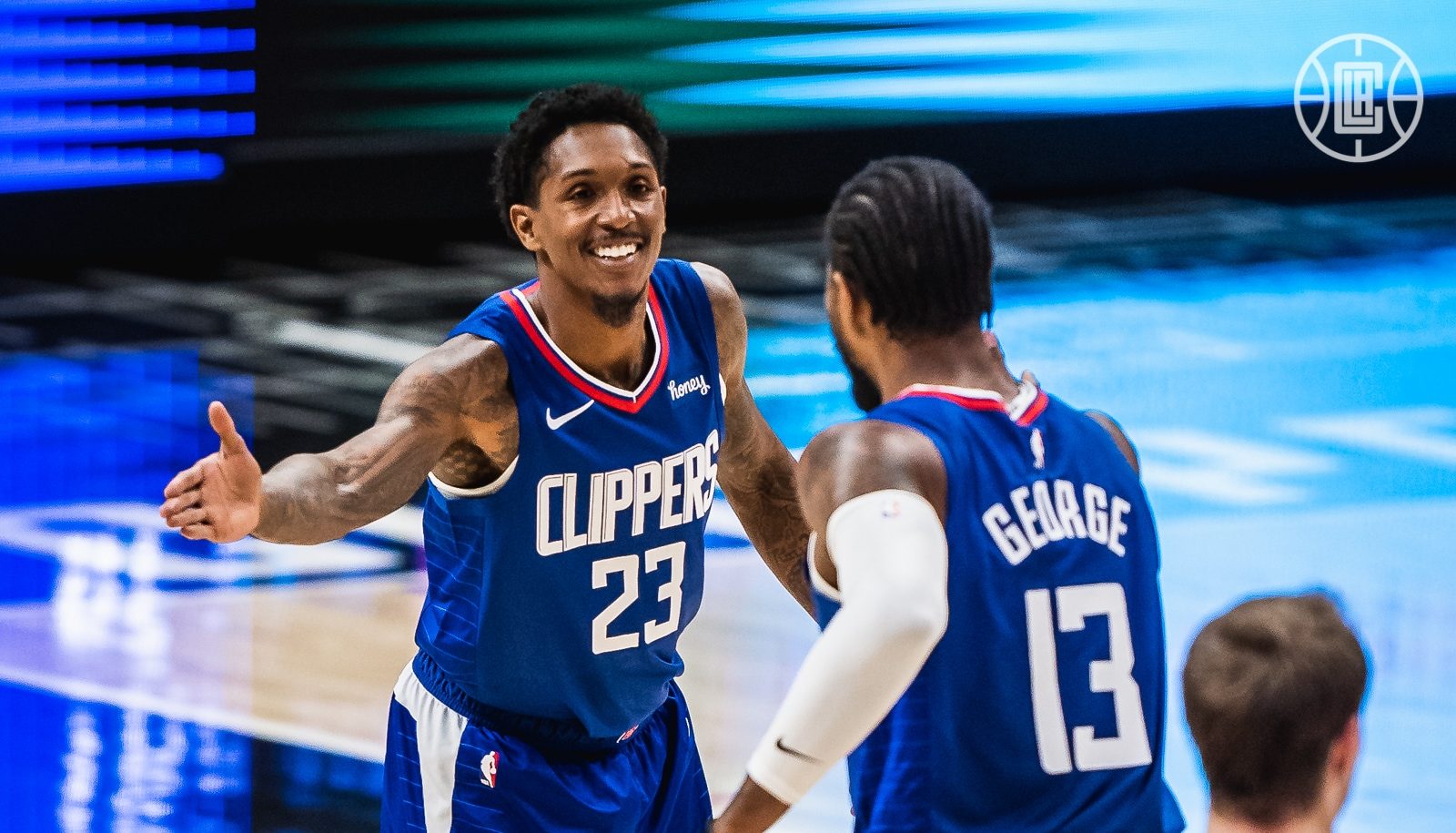 Terance Mann and Luke Kennard led the Clippers back from a 22-point second-half deficit to end the Atlanta Hawks’ eight-game winning streak, 119-110. Read on for a full recap of this absolutely bonkers game between the Clippers and the Hawks:

With 6:29 remaining in the third quarter and the Clippers trailing 80-59, Head Coach Tyronn Lue pulled all of his starters. After a well-executed opening six minutes, the Clippers turtled, allowing all of their bad habits to the surface. The Atlanta Hawks, behind an incandescent Trae Young and irrepressible John Collins, blitzed them to flip the game for a 30-point net turnaround.

Lue decided to go to his bench, and he went deep. He blew the dust off of Luke Kennard and Amir Coffey and activated them with Terance Mann, Nicolas Batum, and Patrick Patterson for what appeared to be 18 minutes of garbage time.

But a funny thing happened on the way to Atlanta’s would-be ninth straight victory. Terance Mann took the fight back to the Hawks. Luke Kennard went supernova. Those 18 minutes were enough to flip the game by 30 points again, back in the good guys’ direction. And in securing the Clippers’ first winning streak in five weeks, they may have flipped the script on this midseason trudge.

Terance Mann recorded a 21-point, 10-rebound double-double, and Luke Kennard scored 20 points on perfect 8-8 shooting (4-4 on three-pointers) to lead a comeback that “stunning” is ill-suited to capture fully.

It’s difficult to recount all the superlatives. Kennard played only 18 minutes, the final 18 minutes of the game, and recorded a plus-30 rating. He closed out the third quarter with a Euro step half-court bank shot buzzer beater.

Mann, for his part, was one of the few first-half bright spots. On a night when Paul George (8 points, 3-12 FG) never had it and Kawhi Leonard found it only sporadically until late, Mann teamed with Marcus Morris Sr. and Ivica Zubac to provide the listless rotation with some offensive punch. To his characteristic defensive activity he added transition flurries, heady playmaking as a rim-running roll-man in a productive small lineup, and even a go-ahead dagger from the corner. Morris added shooting (19 points, 5-8 3PT) and Zubac force (12 points, 9 rebounds).

Kawhi Leonard scored a team-high 25 points, and it was clear upon his return in the fourth-quarter that with the Hawks tottering, he intended to atone for an up-and-down game by completing the knockout. His two crunch time three-pointers were the exclamation point on a final frame in which the Clippers converted 72% of their field goals and six of their nine treys.

The Hawks had owned the first half after a brief shaky start. Young ignited for 20 points — he would finish with 28 — getting shots up from wherever he wanted, whenever he wanted them. When he wasn’t dining on floaters he was gorging on threes.

Collins led an early third-quarter outburst, catching the Clippers flat-footed to feast in the paint. The bouncy trade-rumor finished with 23 points and seven rebounds, teaming up with fellow pogo-stick Clint Capela to gash the Clippers for 15 offensive rebounds. For long stretches, the Hawks looked like the hot team their form indicated, putting up 8-0, 18-4, and 12-3 runs, turning turnovers into offense and unguarded lanes into second-chance points.

But with the full line change in the third quarter came a tactical shift from the Clippers. Lue sent extra limbs at Young, forcing him to give up the ball earlier and further from pay dirt. Coffey shined here, caffeinating a Clippers’ defense that had been caught napping on too many possessions. With the added focus on Young married to fresh legs and purpose, the Clippers snowed the Hawks with an ever-building avalanche that did not relent until the final buzzer.

The Clippers’ recent run of mediocrity has many culprits, with Leonard’s and George’s relative inconsistency prominent among them. On another night when the stars didn’t play like it, the Clippers looked desperately for help from elsewhere. They found it at the bottom of their rotation and at the end of their bench. A game like this will only solidify Mann’s role. Kennard may have regained his. It was just one night in March but sometimes it’s difficult to tell in the moment what sparks your turnaround.

Well, that about does it for this recap of the Clippers’ game against the Hawks. Stay on the lookout for Lucas’ player grades tomorrow morning, and an episode of TLTJTP tomorrow night.