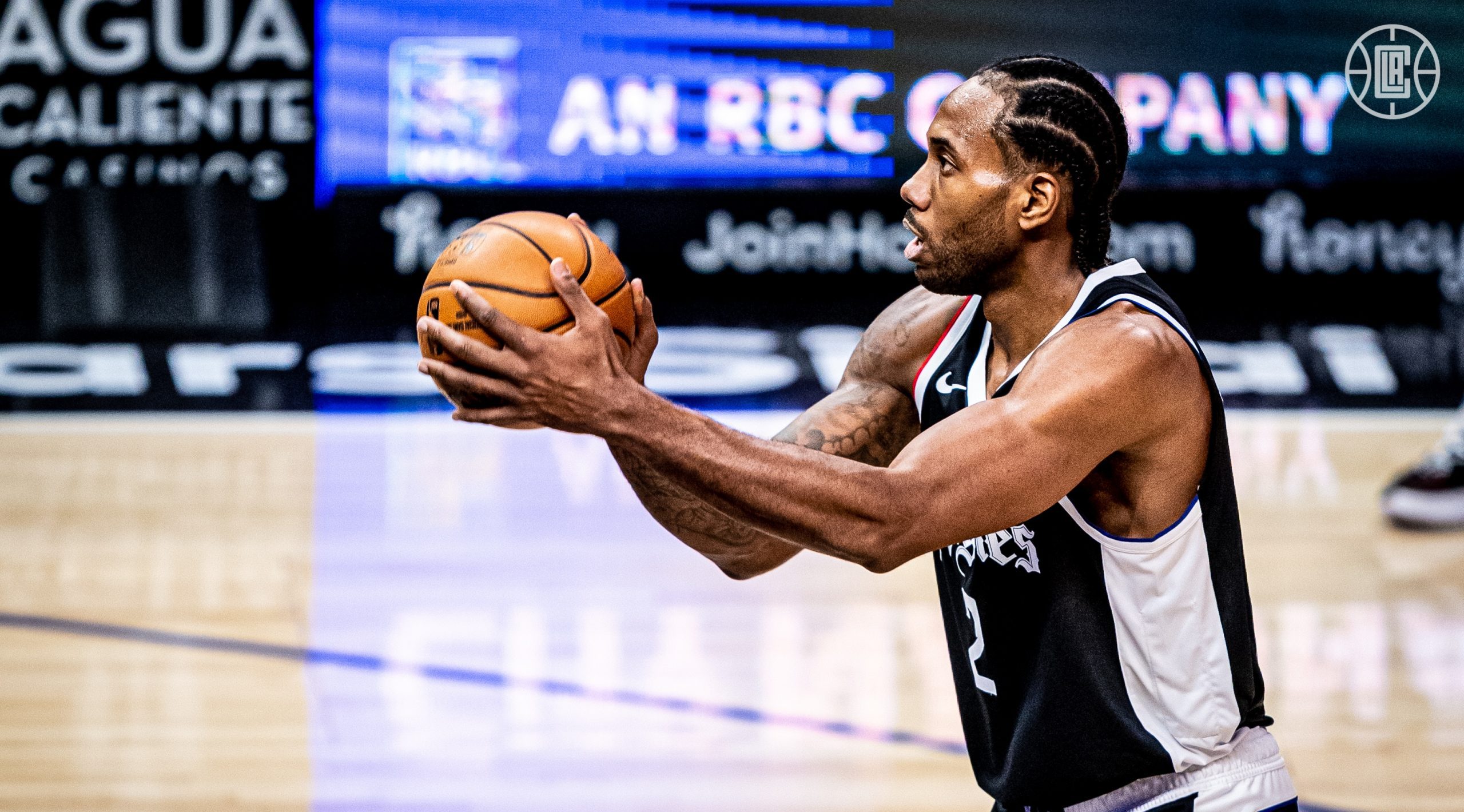 What a difference a day makes. The Clippers got their wake-up call on Thursday night and responded appropriately in Friday night’s 119-99 win over the Memphis Grizzlies. Let’s see how the grades for this dominant Clippers’ win over the Grizzlies compare to Part 1.

Patrick Beverley: B+. Pat made more than one three-pointer for the first time in four games, and what a difference it makes when those shots are falling. He made Memphis pay for overreacting to PG’s and Kawhi’s paint touches — which was probably a sigh of relief for the two of them after how game one of the road trip went. He was good on defense too, chasing shooters off of the three-point line and recovering to block shots from behind. Pat only had three assists but two of them came down the stretch of the fourth quarter to close the door when Memphis was hanging around. Impactful Pat is the best Pat.

Paul George: B. It’s funny how a 13/4/8 game is similar numbers-wise to 13/7/3 but can feel so drastically different. While his numbers weren’t amazing, I give George credit for changing his approach from the previous game. The difference was just how frequently PG attacked the rim — especially early. His drives caused a lot of attention, and he both found teammates spotted up around the perimeter for some easy looks as well as the screener slipping and short-rolling to the rim. He moved his feet much better on defense and wasn’t losing his man as the off-ball defender. PG had his usual frustrating turnovers, but fortunately, they didn’t end up being costly. Moral of the story: Numbers don’t always paint the perfect picture. Overall a pretty solid game from PG. I’m sure he’ll be glad to see a different opponent.

Kawhi Leonard: A+. I had flashbacks to some of the playoff games of last season the way Kawhi completely put the team on his back from beginning to end. His two opening-quarter dunks showed that he too was motivated to come out aggressively and attack the rim. With Justice Winslow out, the Grizzlies really had no one who stood a chance at guarding Kawhi. Dillon Brooks did an admirable job of being a pesky and physical defender, but it didn’t have the same effect on Kawhi as it did on PG. The only blemish on Kawhi’s final line came in the turnover department where he committed four. But 30/9/7 with three 3PM and 11 free-throws helps alleviate the turnover concerns. It was great to see Kawhi have a nice bounce-back game.

Nic Batum: A. Nic Batum low-key was running around FedEx Forum looking like the Portland Trailblazer version of himself, the one who earned that max contract. Remember him? He was easily the team’s best defender last night, deflecting tons of passes and guarding multiple positions. I know that in recent weeks I’d been a little concerned with his regression in stats (even though it hadn’t interfered with my appreciation of the little things that he does) and I had suggested that it’d be nice for Batum to start hitting his averages again, so I’m always going to be exhilarated when he goes above and beyond his usual numbers. 13 points, 6 rebounds, 3 assists, 1 steal and 3 threes in 25 minutes is *chef’s kiss*. There should be a picture of Nicolas Batum’s face whenever the term “glue guy” is searched.

Serge Ibaka: A. Consecutive really good Serge Ibaka games! Let’s start by pointing out the fact that he has stayed away from the post iso’s recently, something we had all been praying would go away. With 14 points on 6-9 shooting, the only thing that escaped Serge’s performance tonight on offense was the three-ball, where he went 0-3. The defense was there too! He was solid in the pick-and-roll coverages and really only gave up some tough fadeaway two’s to Jonas Valanciunas. Ty Lue called on Serge to make a rare fourth-quarter appearance as the Grizzlies cut into the lead, and he delivered a couple of needed buckets at the rim with some added presence on the defensive end as well. This was one of the rare occasions that Serge was the best big on the court.

Lou Williams: B+. It’s only been a week, but this was the best Lou has looked since the full roster (sans Pat Pat) reassembled and he returned to the bench. His 17 points and 4 assists were very loud — it felt like a 25 and 7 kind of night for Lou, and he just went downhill and attacked the rim at every chance he got. He looked fantastic in all of the lineups that he played in and did a good job of keeping the game under control as the second unit would trickle in. You take these kinds of games from Lou ten times out of ten.

Marcus Morris Sr. C-: The only Clipper who didn’t play well was Mook. His shot selection was fine; his threes just didn’t go in. I hardly noticed him doing anything else on the court when he wasn’t taking shots, which is represented in his 4/3/3 stat line with 3 turnovers on 1-6 shooting. Like PG, I bet Morris Sr. is looking forward to not facing Memphis for a while.

Ivica Zubac: B. We only got 19 minutes of Big Zu last night and I thought that was a fair amount. I mentioned how he was kind of a victim of the Clippers’ drop defense the first time around vs Memphis, but last night was different. They stayed in the drop, but Zu put forth a better effort at challenging floaters and had success forcing misses. Zu struggled some with Valanciunas’ awkward style of play in the second half but did a good job keeping Ja Morant in front and forcing Morant to settle for contested jumpers. Zubac only put the ball in the basket one time but had two very impressive assists out of the short-roll to a cutting Terance Mann. Through two games in Memphis, this doesn’t seem to be the greatest matchup for Zu.

Reggie Jackson: B-. Reggie only logged 11 minutes tonight in comparison to the 21 he played in the game prior. The stints didn’t call for much besides some ball-handling and floor spacing, which, to Reggie’s credit, he provided. Good Reggie, I guess? (Editor’s Note: This is one of those once in a blue-moon occurrences of “Average Reggie”)

Terance Mann: A. Terance Mann had another phenomenal fourth quarter — which has been a thing lately. The numbers, 13/6/2 were great, but I’m more encouraged by how Terance has continued to grow in his role. He actually looks confident now when taking jump shots and he hasn’t been shy about pushing the ball in transition. We keep saying the same things about Mann each passing game and I’m becoming increasingly less surprised by these performances he is turning in. Another win for Terance in the Mann vs Luke battle.

Mfiondu Kabengele and Luke Kennard played the final 1:39 of the game. Patrick Patterson did not travel with the team due to personal reasons.