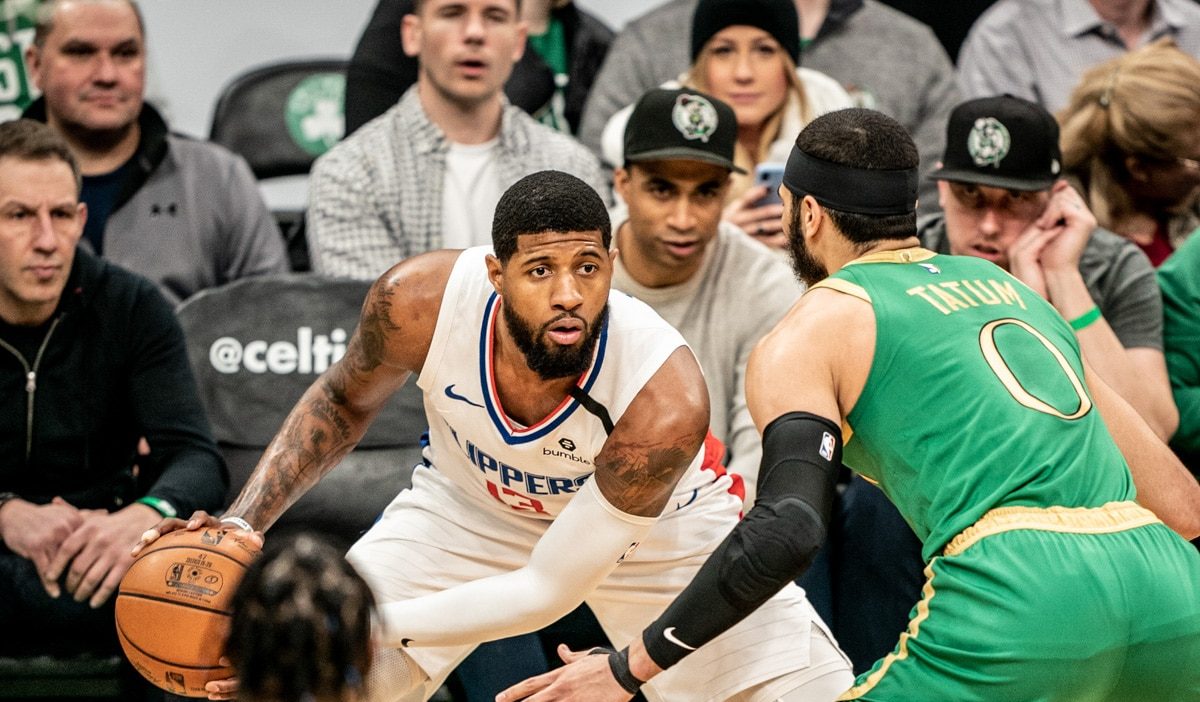 After a long, grueling six-game road trip, the Clippers are finally back at STAPLES Center tonight vs the Boston Celtics. Check out our full Clippers vs Celtics game preview below:

The Clippers have to feel good after going 4-2 on their 6-game road trip, including splitting a pair of games with both Paul George and Kawhi Leonard sidelined. They’re neck-and-neck with the Jazz and Lakers atop the Western Conference, several role players are finding themselves in the team’s new system, and it really feels like good vibes all around.

They’re going to need those vibes as they enter a much tougher stretch of schedule in February, kicking off in this game against the Boston Celtics. In the next 30 days, they’ll see the Heat again, the Jazz twice, the Nets again, the Milwaukee Bucks, and then face off against these Celtics the second time–that’s a lot of high-level playoff teams in a one-month span.

The first game back from a long road trip can be particularly brutal, as fatigue from the travel catches up to you after the last flight of the trip back to Los Angeles. Have you ever had a crazy week where you ride through on adrenaline and then feel sick as soon as you let your body take a break and sleep in Saturday morning? Coming back to LA after 6 games in 5 cities in 9 days can have a similar effect. I was worried on Wednesday that the long road trip would catch up to the Clippers and cause them to struggle to keep up their energy for 48 minutes–I’m worried about that again tonight.

The Boston Celtics are really good, but they might be a shell of themselves in Los Angeles tonight. Marcus Smart, Boston’s third-best player, is in the midst of an extended absence due to a calf injury. Jaylen Brown, their second-best player, is questionable. Kemba Walker, an important offensive weapon, has struggled immensely to start his season after missing the team’s first 11 games with a knee injury. And between Walkers’ unavailability and struggles, Jeff Teague’s mostly disastrous play, and injuries to Marcus Smart, Payton Pritchard, and Romeo Langford, the Celtics have struggled with spotty guard rotations for much of the season.

Despite that, the Celtics have still been good this season. They’re 4th in the Eastern Conference at 11-9 with an above-average offense, above-average defense, and top-10 net rating. And they have a legitimately elite superstar duo with Tatum and Brown. Tatum isn’t a surprise–he’s already established himself–but Brown has really taken a leap so far this season and is now averaging 26.4 points, 5.5 rebounds, 3.6 assists, and 1.3 steals per game while shooting 51.8% from the field and 42.4% from three. Everything there except for rebounds is a career high by a significant margin.

It’s around that duo that Brad Stevens still has some work to do–work that will get easier when Walker and Smart are both fully healthy and back to their normal selves. Boston’s next two most reliable role players are big men Daniel Theis and Tristan Thompson, both of whom are plus defenders with Theis spacing the floor as a 40% three point shooter and Thompson leading the team’s rebounding efforts. That six-man core is really, really solid, but losing Gordan Hayward in free agency really hurt the Celtics’ perimeter depth as they now rely heavily on a cast of players in their 20s who haven’t quite proven themselves as contributors to playoff teams yet. It’s good, of course, that Boston has drafted a slate of solid players in recent years–it’s just that those are guys you’d probably rather have a little lower in your rotation until they properly break out, rather than relying on them to play significant minutes without alternatives.