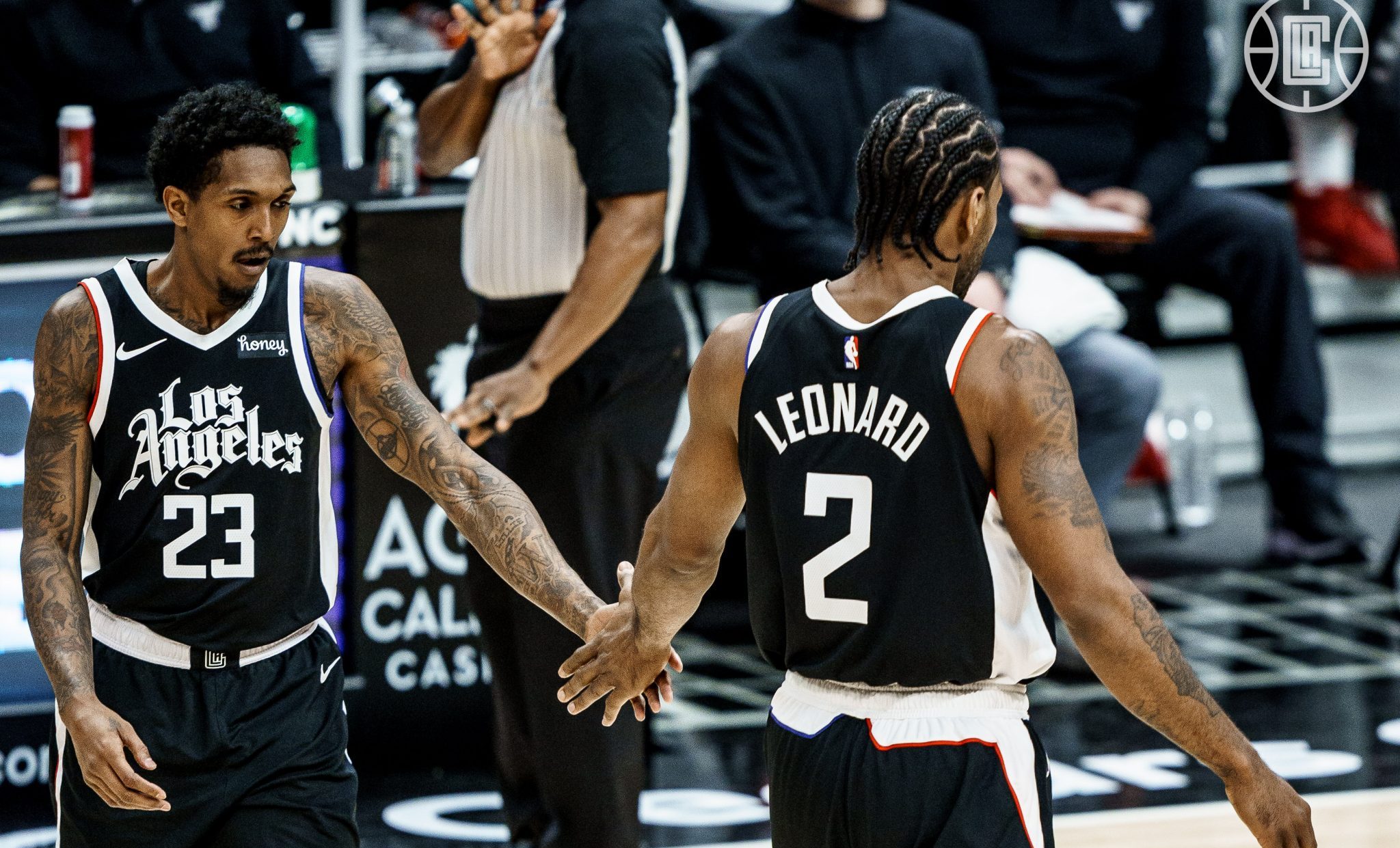 After a matinee disaster two Sundays ago, the Clippers were back at it yesterday afternoon in a full-fledged shootout against the Chicago Bulls. With a new rotation established, it’s time to dole out Clippers vs Bulls player grades.

Patrick Beverley: B. There were some highs and lows for Pat on the afternoon. He had 5 assists to only one turnover and made a couple of nice drives, which has added a really nice downhill wrinkle to the starting unit lately. But he also had 4 fouls and had to be removed from the game early in the third quarter, altering Ty Lue’s rotation. On the other hand, on a night where both defenses struggled to contain their opponent, Bev’s 3 blocks and overall activity made up a crucial component of the few stops LAC was able to get as they clawed back into the game and eventually won. Lastly, I think he’s fallen a bit too in love with the three-point shot after a super hot night last week–he’s had a quick trigger on some questionable looks in the last few games. Settle down, Pat.

Paul George: A-. Another really-good-but-not-great performance for George, which is actually good news: nobody is great every night, but balancing the occasional great night with routine performances like this is All-NBA stuff. He put up 28 points on 8-19 shooting, got to the free throw line 9 games, and found his teammates for 9 assists to just 2 turnovers, making for by far his most efficient game distributing the basketball so far this season.

Kawhi Leonard: A. Man, that third quarter duel was fun. All Kawhi put up in the frame was 21 points and 5 made threes en route to a 35-point, 4-assist, 2-rebound, 3-steal night. The trend of him not doing much to close games continues, though–even with it going down to the wire he was just 1-5 from the field for 2 fourth quarter points.

Nicolas Batum: A-. Nic gets a full bump from B+ to A- for his amazing four-point-play from the corner that put the Clippers ahead for good with 2:30 to play. All in all, it wasn’t Nic’s most impactful game, but the guy just stuffs the box score, (almost) never messes up, and makes huge plays in big moments.

Serge Ibaka: C. Serge was only okay offensively tonight–10 points on 5-10 shooting is fine, but his impact was average and he also added two turnovers. Defensively he was the real weak point for the starting unit in my opinion (though much of Chicago’s barrage was just red-hot shooting as opposed to breakdowns on LAC’s part).

Marcus Morris: B. I think Morris is still rounding into form a bit physically, as he still doesn’t look to be moving quite right, especially defensively. But even this version of him is miles ahead of the Clippers’ other second-unit forward options defensively, and he contributed nicely with three made threes and 7 rebounds off the bench.

Lou Williams: A. Man, it’s nice to have Lou back. I opined after Friday’s loss that the Clippers needed to let Lou be Lou. If it wasn’t obvious after watching the game, Lou and Ty Lue made it clear postgame–after 10 games of attempting to make a three-guard second unit lineup work and asking Lou to adjust his play style to fit into a role on that group, the coaching staff decided to trial a different look and ask Lou to go back to his strengths. He responded with 21 points, 4 assists, and even 3 steals as he made up for his lack of size defensively with some crafty gambles to create turnovers.

Luke Kennard: C+. Luke was fine yesterday, but he’s been consistently unimpactful off the bench this season and this game was no different. Five points on 2-5 shooting, an assist, a rebound, a turnover. Four fouls, which is mostly dismissible because of the situations they came in. He didn’t hurt the team–they won his minutes–and I do think that the team’s new rotations are going to help him start to fit in a little better, but I think you’re still left looking for more offensive production from Luke.

Ivica Zubac: C+. Zu also seems a bit reinvigorated by the new bench rotation. I still wouldn’t classify this as a good Zu performance–the defense was only okay and he was just 2-6 around the rim offensively with the two makes being an open transition dunk and another dunk that he actually missed, but was credited for due to some minor net interference by the defense (he missed it all on his own without help from the goaltend). But he had a big block, plus a steal, and finally got back to his normal levels of activity with 5 offensive rebounds and actual flashes of plus defending. It will take an acclimation period but I’m hopeful that the Clippers’ new aggressive staggering rotation will help him always play in good lineups where he can thrive in a more narrowly defined role than the “do it all” assignment he had behind the three-guard lineup.

Terance Mann got a quick call for a defensive possession but didn’t actually feature enough to assess. Reggie Jackson was out of the rotation fully tonight. He performed well individually through 10 games and he’s a nice option to have for guard depth in case of injuries or foul trouble, but his fit with Lou and Luke was simply not working for the team. Patrick Patterson, Mfiondu Kabengele, Daniel Oturu, and Amir Coffey all didn’t play as well. Jay Scrubb remains out with injury.