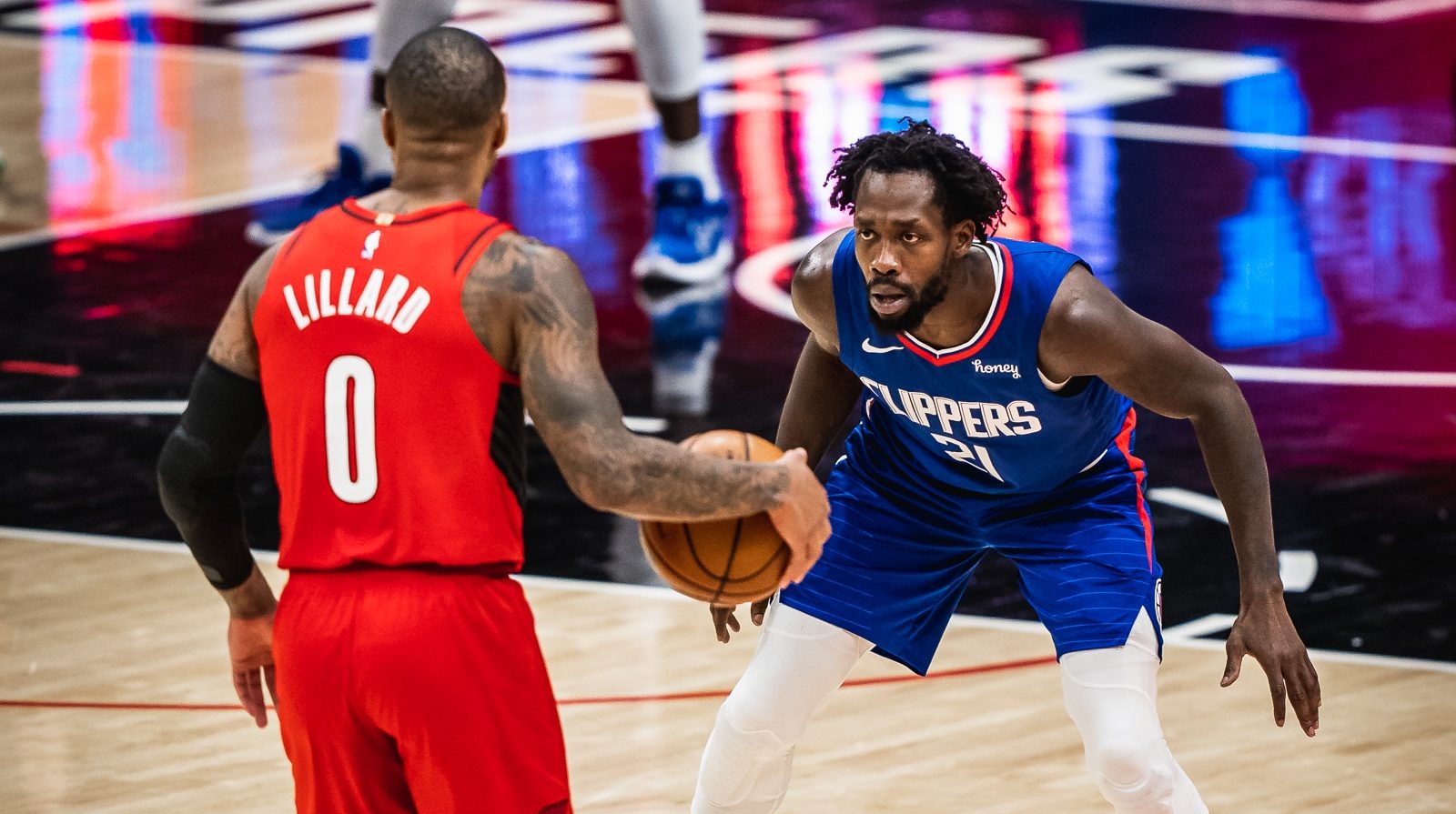 The Clippers pulled off a dominant win over the Portland Trail Blazers last night, and I’m here for a speed round of player grades to evaluate a night where LAC got great outings from their stars and a bunch of noteworthy performances and rotation decisions deserve a bit of analysis.

Patrick Beverley: B. I didn’t think it was a remarkable return to action for Pat, but boy, is it nice to have him on the court. He’s played just 30 of the Clippers’ 52 games, and averaged just under 24 minutes per game as he’s spent much of the season on a minutes restriction. That restriction was back tonight, as he played 20 minutes in 5-minute shifts, but having him in the lineup at all is a win at this point.

Paul George: A. After struggling–and I mean really struggling, to the tune of 18 points per game on under 40% shooting from the field–since the All-Star Break, PG had a breakout game tonight with 22 first quarter points en route to a 36-point outing on 11-18 shooting. That’s just fantastic.

Kawhi Leonard: A. And while George was the more explosive scorer in this one, Leonard might be the Clippers’ sneaky MVP. He had 29 points of his own on an efficient 10-18 night, and added 12 rebounds and 7 assists with just one turnover. We spend a lot of time fixating on whether role players swing a game in positive or negative directions in their short shifts, but the reality of the NBA is that the team with the best player (or more accurately, the team whose star is the better player on that night) normally wins the game. Kawhi and Paul were the two best players in this game by a healthy margin.

Marcus Morris: B-. A night to forget for Marcus, who was 1-6 from deep and finished with just 5 points and 4 rebounds in his 24 minutes, watching most of the second half from the bench as the Clippers turned the page defensively. But I don’t want to be too harsh on a 1-6 shooting night from a guy who is shooting 46% on the season–Marcus getting up 6 attempts in 24 minutes is a good sign.

Ivica Zubac: C+. Zu had his moments tonight, with 11 points, 5 rebounds, and 2 assists, but a fixture in LA’s first-half defensive issues was his repeated failure to contain Portland’s guards in the pick-and-roll, allowing them to turn the corner on him. I still would have gone back to Zu to close the game, but it’s perhaps telling that Ty Lue didn’t.

Reggie Jackson: A. With Patrick Beverley back in the lineup, Jackson had to move to the bench, and everyone knew a controversy was looming with Rajon Rondo breaking into the team after the trade, Terance Mann in the midst of a breakout season, and Luke Kennard riding a hot month. Ty Lue stuck with Jackson as his primary rotation guard, and Reggie played like he knew there was a target on his back, putting up 23 points on 8-12 shooting. Now, Mann and Kennard have both had games just as special as this one recently, and I have a feeling that as time goes on Reggie will find his role shrinking–but you gotta give him all the credit in the world for not just a fantastic performance in this game, but for having that performance in the context of a contentious battle for rotation minutes.

Nicolas Batum: A-. Batum’s stats don’t jump off the page, but he was really solid on both ends in this game. After a stretch where he got a bit three-happy, he’s back to playing more patient offensively and using his vision to help facilitate, and he brought a really great stabilizing defensive presence tonight.

Patrick Patterson: A. In recent weeks, things have gone very poorly for the Clippers when they’ve turned to Patterson in the backup center role due to his lack of size (he’s really not a center in any sense), but the Blazers actually don’t play a backup center either–and while PatPat doesn’t exactly scream “quick” or “switchable,” he employed a bit of his defensive savvy (he was a very good defender back when his body moved a bit better) in a second-half scheme that included more hedges and traps, fully stymieing Portland’s offense.

Rajon Rondo: B. I thought the mixed results continued for Rajon in his second LAC appearance. Clearly, the man can pass–that won’t shock anyone who is familiar with his NBA career. But he had more turnovers than assists for the second game in a row, and has a hard time creating the kinds of advantages necessary to open passing lanes because defenses have absolutely no respect for him as a scorer. His presence also meant Portland freely bringing doubles to LAC’s stars, as they are happy to end defensive possessions with Rondo threes. But on the defensive end, he brings a level of IQ and communication that allow the Clippers to play more cohesively as a team and execute more complex coverages.

DeMarcus Cousins: A. We all know that the Clippers didn’t land an All-Star on the scrap heap–Cousins is several severe injuries removed from his prime, and was decidedly awful in 25 games for the Houston Rockets earlier this season. So, if we forget the name value and reframe our expectations to a guy brought in mid-season on a 10-day contract to fill a third string/injury insurance role… he did pretty much everything that could be expected of him in his debut. Cousins had 4 semi-meaningful first half minutes and 4 minutes of garbage time, and contributed 7 points on 3-4 shooting, 4 rebounds (2 of them offensive) and 2 assists. He brought a big inside presence that the Clippers have lacked behind Zubac with Ibaka injured, played within his limitations, and flashed a little of the skill that we know exists. It may not be sustainable if he starts playing regularly and teams target his limitations more deliberately, but I don’t think I would have wanted much different from Cousins than what he provided in this game.

Terance Mann got 10 minutes, but was pretty squarely marginalized from the rotation, not checking in until the 10-minute mark of the second quarter and collecting only 6 minutes before garbage time. Luke Kennard got only a few minutes of garbage time to close the game, and Daniel Oturu and Amir Coffey didn’t appear at all. Serge Ibaka and Jay Scrubb were both inactive with injuries.