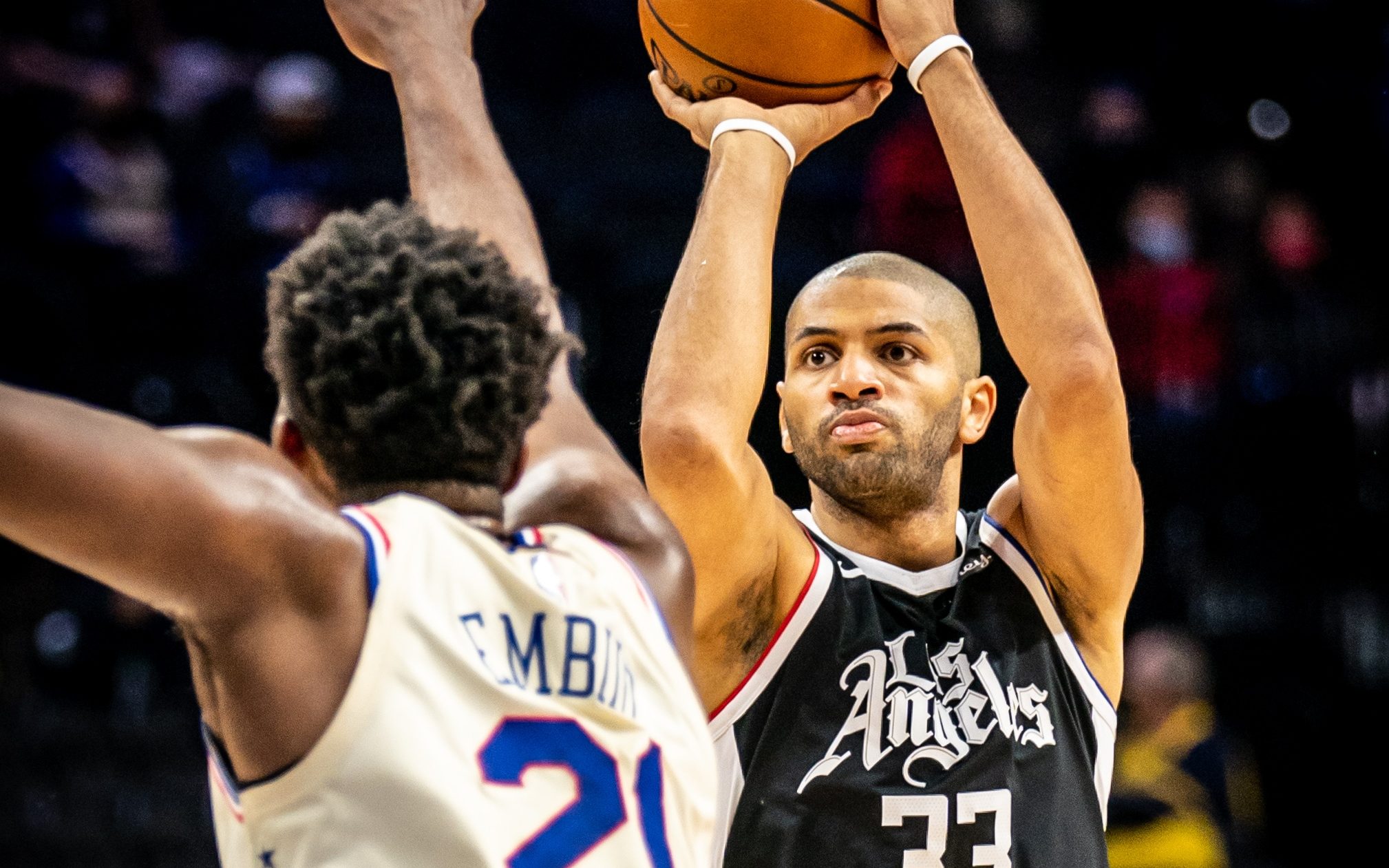 Kicking off a 7-game Eastern Conference road slate, the L.A. Clippers (22-24) will pay a visit to Joel Embiid, Doc Rivers, and the steady Philadelphia 76ers (26-18) Friday night. Read on for our full Clippers vs. 76ers game preview.

Where: Wells Fargo Center, Philadelphia, Pennsylvania
When: 4 p.m. PT
How to Tune in: Bally Sports SoCal, AM 570 KLAC, KTMZ

Update No. 2: Seth Curry (Ankle) has been ruled out.

The Clippers’ tough season trudges along as the 213-duo-less squad is about to begin a 7-games-in-10-days stretch out east to close out the month. Following a nail-biter overtime loss at the hands of Nikola Jokić’s 49-point triple-double Wednesday night, LAC is set to face off against one of the league’s other one-of-a-kind centers who also just dropped 50 points in 27 minutes. While the upcoming opponent is much more formidable on paper compared to Denver, it appears the Clippers could be receiving some reinforcements for the challenge as well in Nicolas Batum and Marcus Morris Sr., who combined for 53 points on Monday against Indiana. While the Clippers are just a half-game back out of the West’s eighth seed, they also come in as large underdogs once again for tonight’s matchup, so getting more positive reps and putting out another inspiring effort should remain the main priorities tonight.

One night you’re guarding Jokic, the other night you got Embiid. That’s just how it works.

With the league’s 10th rated offense and 11th rated defense, as well as having won 11 of their last 14 contests, it’s been smooth sailing for the Sixers as of late despite the ongoing Ben Simmons saga. Playing in 33 of Philly’s 44 games thus far, Joel Embiid is putting up averages of 28 points, 10.6 rebounds, 4.2 assists, 1.1 steals, and 1.4 blocks on 49/38/82 shooting. Embiid has also scored at least 25 points in 12 straight games. Tobias Harris certainly raises some question marks regarding his ability to be the second-best player on a championship-caliber team, but in the regular season, he’s been effective in his usual ways. Per NBA.com/stats, Harris is one of two players to appear in at least five games with averages of at least 15 points and five rebounds while shooting 50%+ from the field and 40%+ from three since Jan. 12. Meanwhile, second-year player Tyrese Maxey has taken full advantage of his minutes bump, averaging 16.6 ppg while starting alongside the ever-capable Seth Curry, who is questionable for tonight’s contest.

Feel free to stick around and chat down below as this article’s comment section will serve as our live game thread tonight against the Philadelphia 76ers. Sign up for a free account and join the conversation!