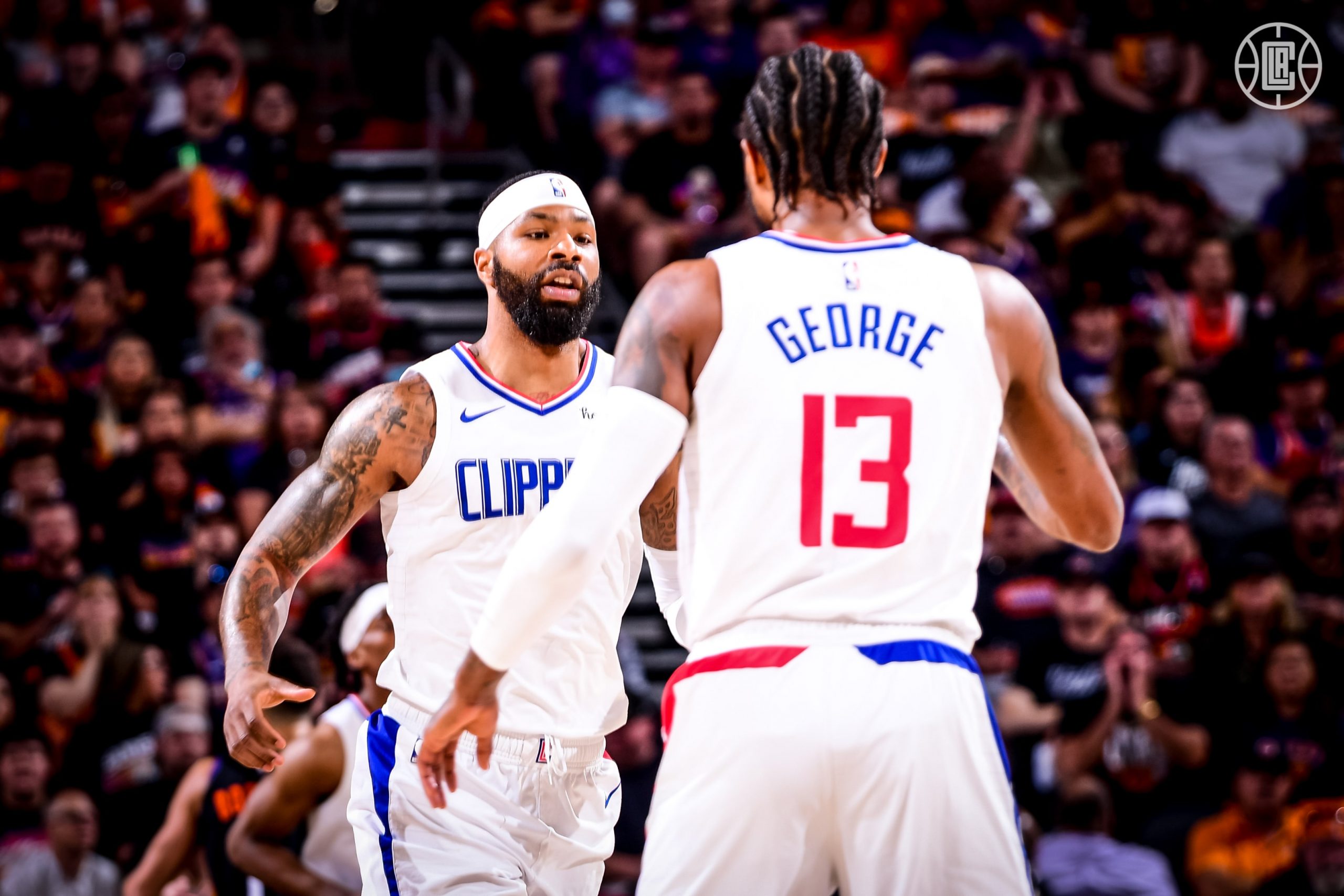 With heart, hustle and plenty of small ball, the culture of the LA Clippers was on full display in their 116-102 Game 5 victory over the Phoenix Suns. Paul George was phenomenal in the valley Monday night, clocking in 41 points (15-20 FG, 3-6 3PT, 8-8 FT), 13 rebounds, six assists and three steals in a 41-minute monster performance. From the jump, Marcus Morris Sr. set the tone for the Clippers, pouring in 20 of his 22 points in the first half to go with with three boards, two assists and a steal. With 23 points (8-14 FG, 4-7 3PT), five rebounds, three assists and a block, Reggie Jackson turned in yet another unreal playoff effort. Read on for our full Clippers vs. Suns Game 5 recap.

Led by the offensive resurgence of Marcus Morris Sr., the Clippers came out incredibly sharp on both ends to take an 18-5 lead at the game’s first timeout. After failing to hit double-figures through the series’ first four games, Morris Sr. eclipsed that mark with plenty of spot ups and posts ups in just over halfway to go in the period. Soon enough however, the Clippers’ eventual 20-7 opening run was answered right back as the Suns got hot from deep to spark a 16-5 run to cut LAC’s lead to four. Out of Tyronn Lue’s timeout, Morris Sr. had a beautiful drive and drop off pass to DeMarcus Cousins for a layup. Later, Jackson beat the buzzer with a layup over Cam Johnson as the Clippers took a 36-26 lead after one.

Matching the Suns point for point before Devin Booker knocked down a three at the buzzer, the Clippers continued to show impressive fight in the second quarter. Being connected on the glass with gang rebounds and making the right pass often out of the short roll, the Clippers’ small ball lineup was in full effect once again. The biggest sign of the sans-center lineup working its magic—Deandre Ayton having just four boards and six points on five shots in the game’s opening 19 minutes. What kept the Clippers from pulling away, however, was once again their inability to make the Suns pay for leaving them free on open threes. Although LAC shot 9-for-13 from two in the period, they went just 1 of 9 from beyond the arc. Overall, the story of the first half was Morris Sr. and Reggie Jackson’s brilliance, and Booker finally finding his groove in the mask with Patrick Beverley’s minutes being limited. Heading back to the locker room, the Clippers held a halftime lead for the first time in the series, 59-52.

Having absolutely no regard for whatever the Suns threw at him—including elbows to the face—Paul George took over the game to the tune of 20 points in the third quarter. The Suns came out of the half with a furious 10-2 run to take their first lead of the game. George answered with an and-1 layup. Drawing a Flagrant 1, 3-point shooting foul on Pat Bev fighting over a screen, Chris Paul got a very favorable whistle which resulted in a 5-point Phoenix play. The Clippers once again answered with an 11-3 run. Continuing to compete either with a small-ball zone or Boogie holding his own, the Clippers’ ability to adjust showed its worth as LA took a 91-78 lead into the fourth.

In the final frame, George (10) and Jackson (8) combined to outscore Ayton (0), Paul (6) and Booker (6) 18 to 12. With PG and Pat Bev off of the floor to start the quarter, Booker brought the Suns within seven with a layup and a pair of long twos. After a no-call George misdribble led to a Cam Johnson and-1 layup, the Clipper lead had evaporated down to four with 6:58 remaining as Lue took a timeout. Here’s what transpired next. A Jackson left-wing 3. A PG layup. A Torrey Craig layup. A PG to Jackson left-wing 3. A PG steal on an Ayton post-entry pass to a Jackson runout dunk. A Crowder flagrant closeout on PG, who then converts the pair at the line. A PG isolation mid-range jumper over Mikal Bridges to take the life of out of the arena. The Clippers are going back home for Game 6. 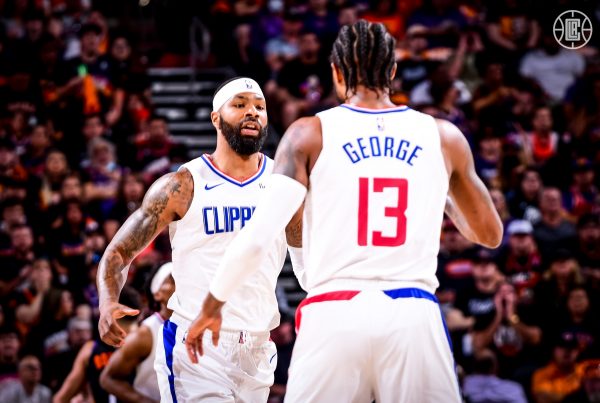