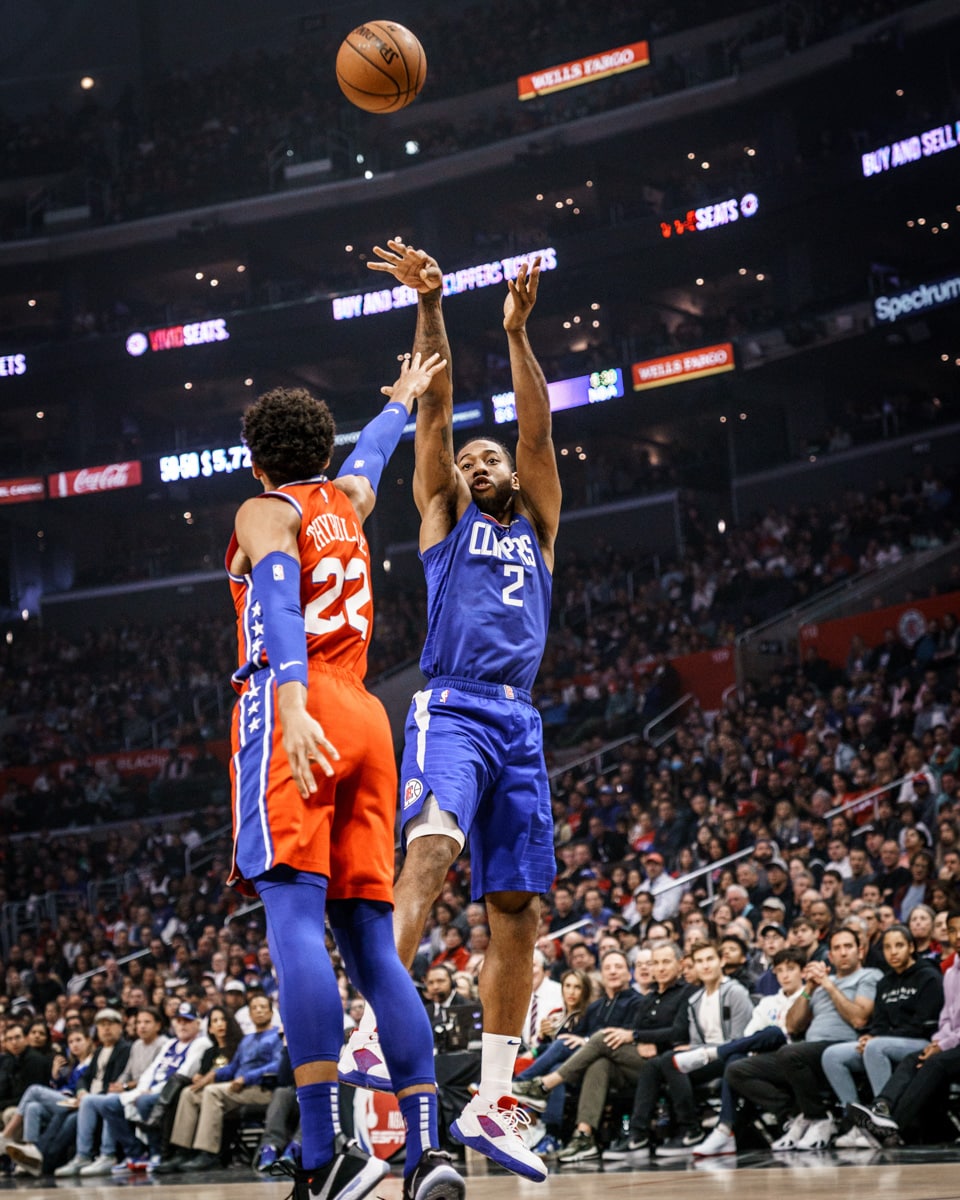 The Clippers started the game off slow. They were clearly trying – it wasn’t an effort issue, as it has been at times this year – but they just weren’t executing as sharply as they have been recently. This was especially obvious on the defensive end, where the Clippers looked helpless to stop Tobias Harris and Shake Milton. Harris was one thing, but Milton’s scorching hot start catapulted the Sixers to an early double-digit lead. Spoiler: he never cooled off. With the starters flagging, Doc Rivers turned to the bench, and as they have of late, the reserves stepped up. Lou Williams and Montrezl Harrell did their thing, Reggie Jackson added some verve, and JaMychal Green brought the toughness. The Clippers cut into the deficit, and faced a manageable five-point margin going to the second quarter.

The Clippers reserves continued their strong play, and briefly tied the game, but then the Sixers came roaring back. The culprit, again, was Milton, who drained threes, got to the basket, and drew fouls, scoring in all variety of ways to torch the Clips. The Sixers regained the advantage, yet weren’t able to pull away due to the scoring prowess of Paul George. PG kept his hot shooting going, nailing several tough threes and keeping the Clippers afloat while Kawhi remained quiet. Even with Milton’s ridiculous shooting, the Clippers trailed by only two entering halftime.

The Sixers started off the third just as hot as they had been previously, and fans’ hopes of a quick turnaround faded. Milton scored, Al Horford drained a three, and the Clippers were fouling too much. Once again, however, the bench saved the day. Lou, Jackson, and Trez came in with energy on both ends, finally forcing some stops and getting out in transition. Then, Lou took over on the offensive end, scoring or playmaking to get the Clippers buckets and eventually gain the lead. Once the Clippers had the advantage, they didn’t relent, continuing to attack the defensively-weak Sixers while pressuring their offense. The Clippers’ lead swelled to double digits, and the Clippers had the game won.

Of course, there was another quarter to be played, but the Clippers never seemed close to losing the game again, even when the Sixers made a run to cut the deficit to four. Kawhi and Lou were in the zone, and on the rare occasions when they did miss, Montrezl was right there for the offensive rebounds and putbacks. Things were a little closer than they should have been, as the defense slacked off somewhat, but the Clippers held on for the 136-130 victory.

Shake, Rattle, and Roll: The story of the game was Shake Milton, the unheralded second-year player from SMU who set a new career high in scoring with 39 points. Milton hit 14 of 20 shots, 7 of 9 three pointers, and 4 of his 5 free throws for a simply absurd scoring performance. If anything, he was actually better than those numbers would display, consistently shaking (heh) free of Clippers’ defenders and draining tough shots. The Clippers just could not stop him except for brief stretches, and are lucky he didn’t have more help (and that the Sixers were missing over half their starters once Josh Richardson exited the game). This was a special performance, and it was extremely fun to watch it play out. He obviously won’t be this good every game, but the shooting and ball-handling seems for real, and he could be a huge boon for the Sixers down the stretch.

Throwback Clippers Bench: While Paul George and Kawhi Leonard played fairly well (especially George), the starting unit has a whole was not particularly good, with the other three starters combining for only 13 points and playing middling defense. Therefore, as we’ve seen so often over the past couple years, the bench had to save the day, and save the day they did! Lou Williams dazzled as a scorer and playmaker, scoring 24 points on 12 shots while dishing out 8 assists, and made the most of his time off-ball alongside Jackson. Montrezl Harrell had 24 points on 13 shots and pulled in 9 rebounds, and while his defense was still up-and-down, the energy and passion on display was constant throughout, and allowed him to make some huge plays. Jackson, JaMychal Green, and Landry Shamet filled in the gaps by playing well defensively, moving the ball, and hitting shots when called upon. It was a great performance as a unit, and one that has now carried over for several games. The addition of Jackson has been huge thus far, and he’s unlocked Lou in particular in a way that is refreshing to see.

Tobias Harris and Mike Scott Return: Both Tobias Harris and Mike Scott received tribute videos in the 1st quarter, with Harris getting (rightfully so) the somewhat longer billing. And, fittingly, both guys played well, probably being the Sixers’ 2nd and 3rd best players behind Milton. Harris scored 25 points, most of them coming in that opening quarter, and made some nice drives to the basket. Scott drained several threes, which helped the Sixers make their early 3rd quarter run. It was great to see both guys again, and hopefully they continue to play well for the Sixers down the stretch.

The Road Ahead: Well, the Clippers have now won four games in a row, but might be entering the most difficult three-game stretch of the season. They first head to OKC to take on the sizzling Thunder on Tuesday night, then make their way to Houston to face the even hotter Rockets in a nationally televised game on Thursday. The Clippers will then head back home, but will square off against the Lakers in a game that the Lakers will be eager to win considering their two earlier losses. A 2-1 record in this stretch would be great; 3-0 would be absolutely phenomenal. Buckle up!