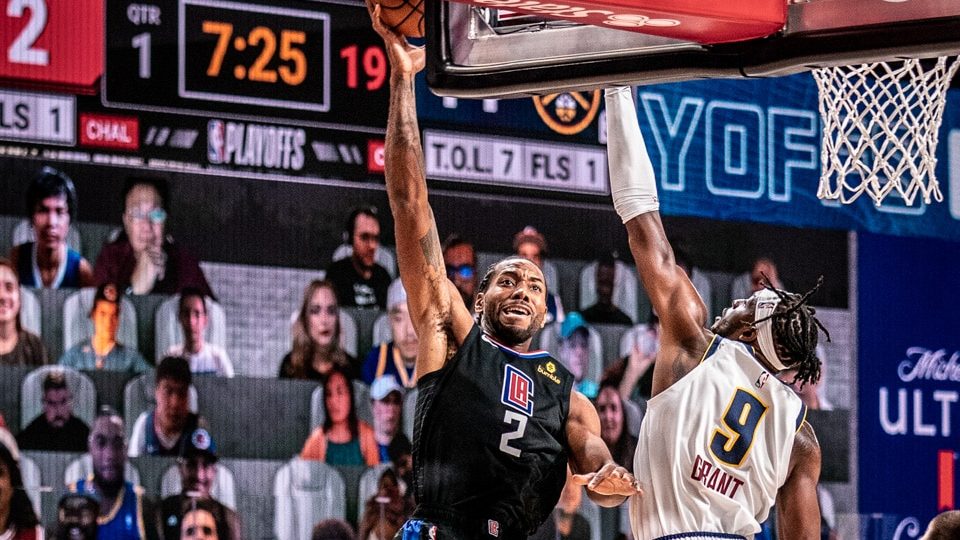 The Clippers’ shooting got left back in the hotel, preventing them from climbing back against the Nuggets, whose first quarter explosion gave them the win in game 2. The Antagonist from our Game 2 preview was, unfortunately, right.

From tip, the Nuggets looked like a totally different team than Thursday. Only five minutes into the game, the Clippers found themselves down 14-2 — and it only got worse from there. By quarter’s end, the Nuggets were up 44-25, shooting 71% from the field and 64% from three. Nikola Jokic, specifically, was dominate, shooting 5/6 and scoring 15 in the first frame. Jamal Murray added 11, also on 5/6 shooting.

The Clippers’ shooting, on the other hand, looked shaky at best. While they scored a reasonable 25 points (45% shooting), they had six turnovers and did not earn a free throw attempt in the first quarter.

But the Clippers did in fact go on to win the next three quarters; their scoring just was not enough to truly break the Nuggets’ lead. While the Nuggets came back to earth, the Clippers’ shooting sank further. They would end the game shooting 40% from the field and 28% from three. And, although the Clippers eventually did start to draw fouls, they could only achieve 69% from the free throw line.

In the end, this game came down to the Clippers’ inability to take advantage of the Nuggets’ pretty weak final three quarters. Murray and Jokic combined for only nine points in the second half, and the Clippers held Denver to 17 and 21 points in the third and fourth quarters respectively.

But the Nuggets’ fall off meant nothing when the Clippers’ shooting could not capitalize.

Patrick Beverly: After a nice first game back on Thursday, Beverly was not very productive tonight. He was a -5 on/off court and was 1/2 from the floor. He also had 5 fouls and got ejected with one minute left after two straight foul calls that he vehemently denied (he even got in Doc’s face, insisting he challenge a call).

Kawhi Leonard: As noted above, Kawhi simply did not shoot well. But one must give the Nuggets credit: they doubled Kawhi and played physical, preventing Kawhi from getting in a rhythm. Their pressure defense also contributed to his four turnovers.

Free Throws: The Clippers, during the regular season, shot 79% from the line; tonight, they shot 69%. Montrezl Harrell missed four, three of which came at important points of the game.