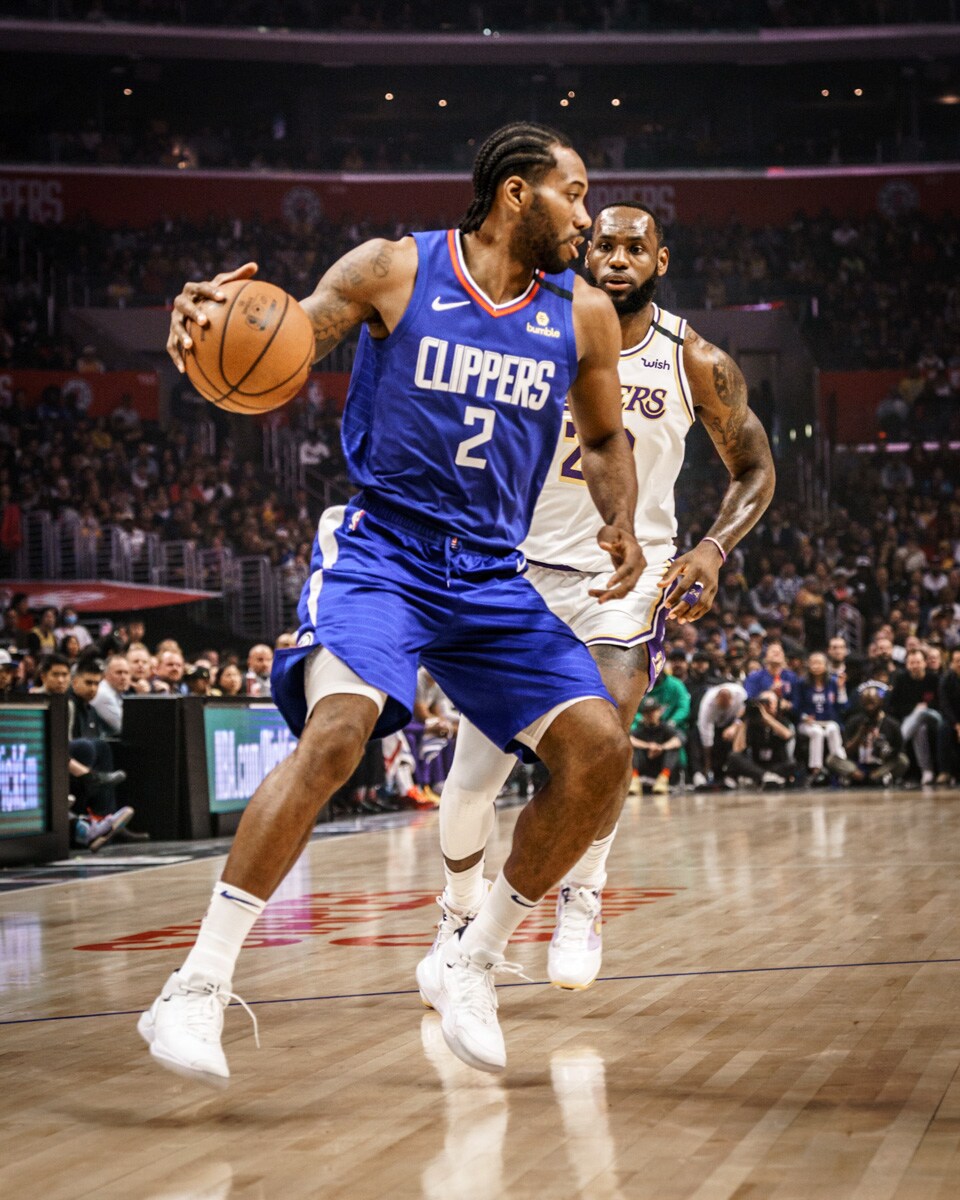 In one of the most highly anticipated games of the year, the Lakers outplayed the Clippers for much of the contest, and won relatively handily, 112-103. The game started out decently for the Clippers, who came out with a ton of energy and some really solid defense. Unfortunately, some bad shots by Marcus Morris and a couple live-ball turnovers by Patrick Beverley gave the Lakers some early transition opportunities, which they took advantage of. Fortunately, Paul George was up for the challenge, and his aggression in creating his own offense kept the Clippers within a basket. The Clippers’ bench unit performed no better offensively, though Montrezl Harrell had a couple nice baskets, and the Lakers led by a score going into the 2nd quarter.

As it has been for the Clippers of late, the 2nd period was a good one. Despite more bad shots attempts, this time by Reggie Jackson, the Clippers defense tightened up further, and the Lakers struggled to score as a result. JaMychal Green cleaned up on the glass, Jackson was able to get a couple shots to fall, and the Clippers were able to build a small lead. The return of the starters kept the momentum going, with George picking up right where he left off in the 1st. Even with a somewhat quiet showing from Leonard, and more bricks from Morris, the Clippers were able to hold onto their slim advantage due to their stout defense.

Unfortunately, that defense failed after halftime. The Clippers offense remained at an acceptable level (if still too stagnant and turnover-prone), but their defense dipped, and that was all the Lakers needed. LeBron barreled his way into the paint and kicked to shooters, and when they missed, other Lakers were there to get the offensive rebounds. Paul George struck back and again regained the lead for the Clippers, but the momentum had turned. Similarly, while the bench played well on initial return, the Lakers continued to score far too easily, with Lou Williams and Montrezl Harrell being the main culprits. The Clippers were able to score just enough to stay in it, but the Lakers had a lead and confidence going into the 4th.

Oddly, Doc Rivers rolled out an all-bench lineup against LeBron James, and was swiftly punished for it. Landry Shamet’s lack of confident continued with some poor decision-making on offense, and the Lakers lead doubled in an instant. Kawhi returned just a minute later, but the damage was done, and the Clippers would never get as close again. Doc Rivers continued to shift lineups to discover a mix that combined enough offense and defense, but never found it. The Lakers relentlessly targeted Lou Williams, who surrendered bucket after bucket, with Montrezl Harrell and Marcus Morris providing no help defense or rim protection. On the other end, while Kawhi go tgoing, the ball continued to stick, and the Clippers were unable to string together any kind of run. There were points where the Clippers could have made a push, but the Lakers would score or the Clippers would miss a shot, and the Lakers won going away with their starters resting the final minute.

Odd Rotation Choices: It’s always easy to second-guess coaching, but Doc Rivers made some peculiar decisions tonight. The biggest one was probably playing Lou Williams most of the 4th quarter – as great as Lou is, he did not have it tonight offensively, and the Lakers were brutally targeting him on defense. Even with Pat Beverley having a mediocre game, he still would have been a beter option. Meanwhile, Montrezl Harrell played 19 minutes in a row, and continuously gave up rebounds and shots in the paint to the Lakers. Ivica Zubac also didn’t have a particularly great performance, but he should have received some minutes down the stretch. Finally, Marcus Morris was dreadful on both ends, and was soundly outplayed by JaMychal Green. Green played a mere 11 minutes, a travesty considering what he did on the floor, and it continues to be irksome that Morris dominates the minutes load to the extent he does. Maybe Doc was just holding off on true adjustments until the playoffs, but this was not a great coaching performance.

The Disappearance of Landry Shamet: After surging to start 2020, Shamet has retreated into a shell over the past couple weeks. His minutes have been gashed by Reggie Jackson (and the return of Paul George), and his confidence seems to have gone with his playing time. He passed up a couple open looks today, bricked a wide open three, and just generally is not playing well. The Clippers are at their best when he’s creating havoc offensively, and he’s also a better option on defense than Jackson or Lou due to his size. Doc said post-game that Shamet’s minutes will continue to be reduced with George and Kawhi playing more, and while that makes sense, Reggie Jackson playing more than Shamet seems questionable in the broader picture.

PG Thrives: While Kawhi Leonard was solid, and JaMychal Green played quite well, Paul George was the only reason this game was remotely close. PG had 31 points on 16 shots, and scored in a wide variety of ways. The Lakers simply could not stop him for much of the game. Weirdly, he only took one shot in the 4th quarter. While the Lakers keyed in on him, the Clippers went away from him far too much considering how hot he was. Even though this was a loss, George’s strong play was a great sign, and his ability to cook the smaller Lakers defenders should hold true going forward.

Avery Bradley Revenge Game: Perhaps the most irritating element of this game for Clippers fans was the play of universally loathed former Clipper Avery Bradley. Bradley, who seemingly couldn’t hit an open shot if his life depended on it as a Clipper, went 6-12 from deep, and made huge shot after huge shot. On the other end, he bohered the Clippers with his pesky on-ball defense, and picked a couple of pockets. He’s been better for the Lakers than he was for the Clippers, but this was still an outlier shooting performance for Bradley, who is an average outside shooter. The knowledge this was probably a one-off did not make those threes feel any better though.

Takeaways: It’s hard to take too much away from this one, same as with any one game. The Lakers were brilliant, especially defensively, and outplayed the Clippers on both ends. However, the Clippers’ role players were awful collectively, and that likely won’t happen again. Still, the Clippers will need to make some adjustments to get their offense going in the future, because they had real trouble even moving the ball today (12 assists to 15 turnovers). It was a loss, but it was a learnable one, and the Clips should be better for it down the road.