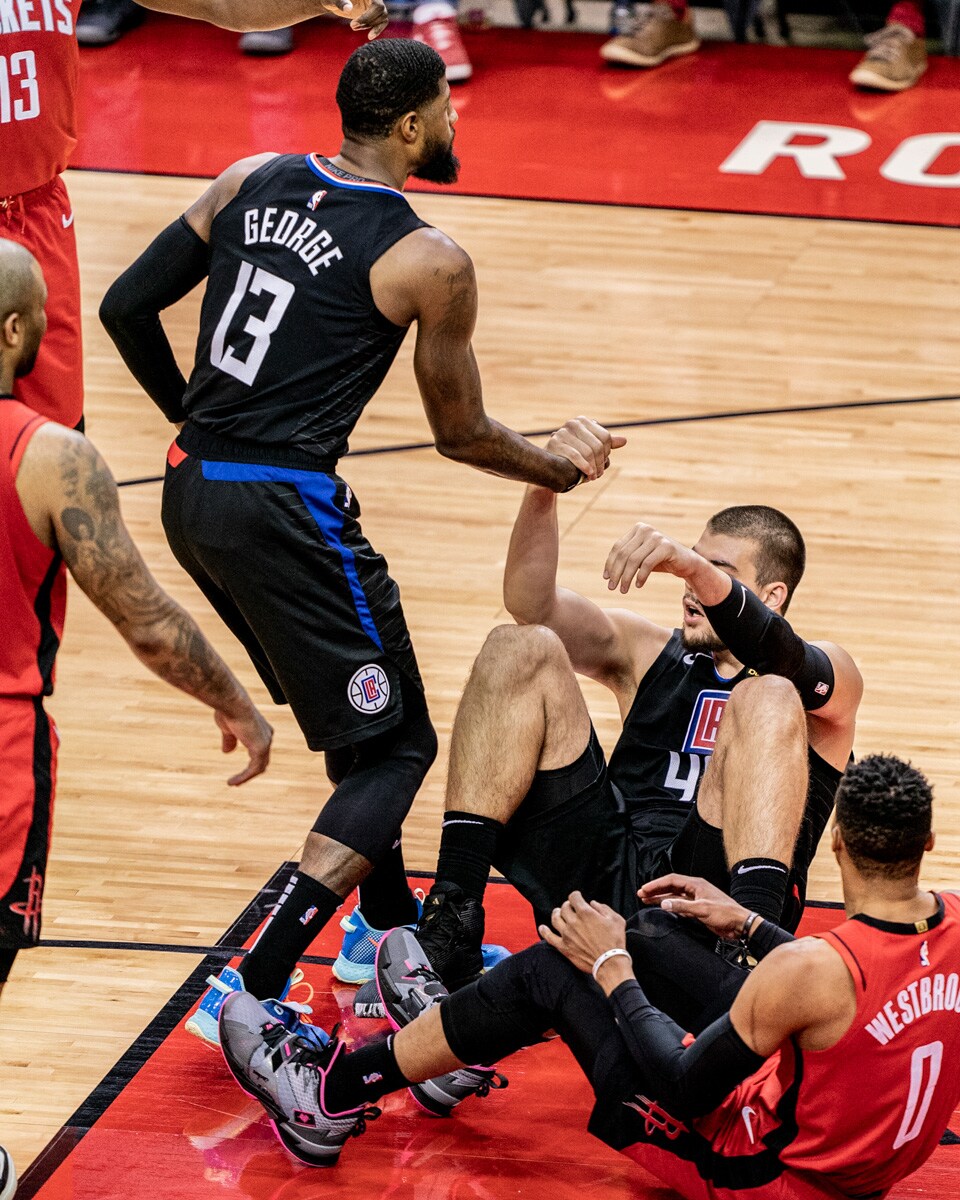 This was an utter humiliation from the Clippers in Houston tonight, and one of the best wins for the Clips all season.

Best half of the season without a doubt. The Clippers had an excellent defensive gameplan to start — keying on James Harden’s left hand, letting Russell Westbrook shoot, collapsing in the paint on drives, getting into the mouths of players with the ball on the perimeter, and closing out hard on shots without fouling. On the other end, everyone was cooking. Kawhi was eating in the mid-range, Marcus Morris, despite a cold start, was hitting from deep, Lou was doing Lou things, Paul George wasn’t forcing shots and found the open man a bunch. and Reggie Jackson ran the 2nd unit perfectly. Most importantly though, Ivica Zubac and Montrezl Harrell were taking advantage of the size advantage, going a combined 7-7 from the field (and a combined 10-10 from the free-throw line!) in the first 24 minutes. I honestly don’t think the Clippers could have played a better half. *Chef’s kiss*

This game was pretty much over at halftime. The third quarter was more of the same for the Rockets…bricks and unwatchable basketball. While both defenses tightened up in the second half, the Clippers made the right plays, forced it inside with Trezz and Zu and took advantage of mismatches. This showed the antithesis of the small-ball play the Rockets have instituted. You bully inside with your big men, and if they can make a simple pass to the perimeter, you’ll have open players because the Rockets have to gang help on the bigs. The Clippers did this to a T. They were up by 25 heading into the fourth, led by as much as 30 at one point, and 3rd unit players were in halfway through the 4th. I guess if they had one positive…their 3rd unit played better than ours? Overall, this was the most dominant game the Clippers have played against a playoff team all season and easily their best defensive game. This was a fun ass watch.

Is this the blueprint to beating the new-look Rockets?: Teams should pay attention to what the Clips did tonight. You don’t match their small-ball tactics. You almost play a bit of old-school ball and try to bully down low, all while playing four out and having open shooters due to the Rockets defense collapsing on the big. Doc Rivers outcoached the absolute hell out of Mike D’Antoni tonight and it was amazing to watch.

ZUUUUUUUUU: Ivica Zubac was incredible tonight. He was taking what the defense gave him, which was a ton, and played his role perfectly. He finished with 17 points on 6-of-6 shooting with 12 boards and no turnovers in only 20 minutes. MVP of the game in my opinion.

Pat Bev impact: Beverley shot the ball twice this game but was +28 with 2 steals. All he do is run around though.

Defense against Russ and Harden: Combined stats: 15-44 from the field including 0-10 from three, 6 turnovers, 7 missed free-throws, only 9 combined assists. Beautiful.

This team is dumb scary right now: 10-0 when fully healthy, six game win streak, playing their best ball of the season. This is the best team in basketball right now.