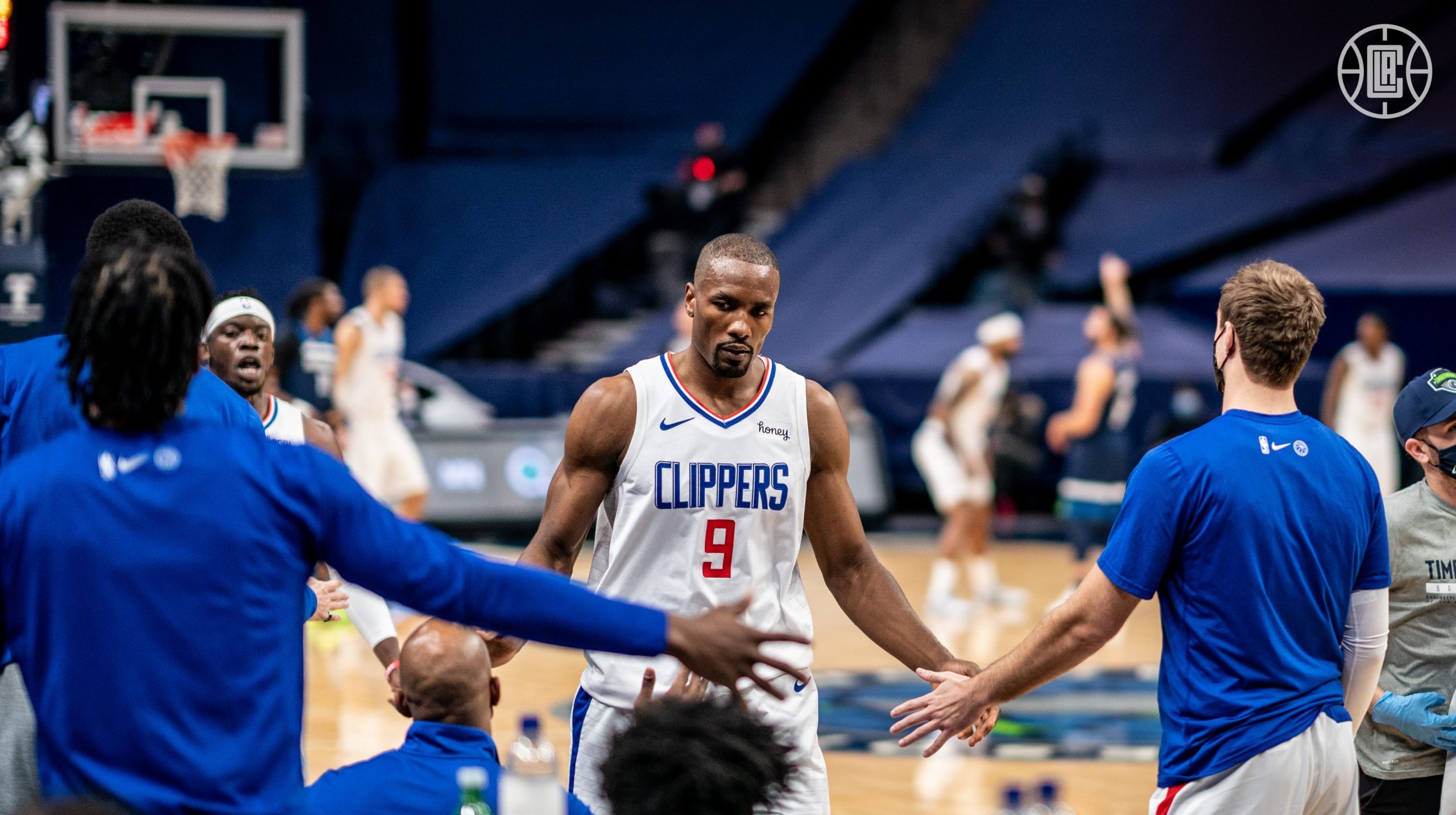 Our exit interview series at 213 Hoops continues with a look at the 2022 season of Clippers’ departed big man Serge Ibaka.

Cole’s preview of Serge’s season seems like a light-year away. After a 2021 season where Serge was solid but disappointing after his excellent 2019 and 2020 seasons with the Raptors, Clippers fans were hoping that Serge would provide the outside shooting, rim protection, and limited shot creation that made him such a critical piece of the championship-winning Raptors. Ivica Zubac seemed locked into the starting role after his performance down the stretch of the 2021 season and in the playoffs, but Serge, if healthy, was expected to be one of the better backup centers in the NBA. Serge was still recovering from his offseason back surgery, but hopes were high that he’d be back before too long and would look more his old self.

Serge Ibaka was largely a non-factor in the Clippers’ 2022 season. He missed the first eight games, played briefly in two games, and then was out another six. During that time, Isaiah Hartenstein came virtually out of nowhere to establish himself as an excellent role player and a key piece to the hard-fighting Clippers’ bench. Serge then played in nine games, including a few big minute-nights, before being out again. In that stretch, Serge shot the ball well, especially from three, but looked slow on defense and contributed nothing else on offense.

Serge then started playing again when Hartenstein was out with injury – and didn’t look too bad, though he wasn’t even as good as he had been in the 2021 season. When Hartenstein did return, coach Ty Lue began an odd rotation where each of them would play in the first half, and whoever was more impactful would then play in the second. While Hartenstein looked gimpy for a bit, more often than not, Hart was the better played, and earned increased playing time at the expense of Serge, who was just too slow on defense and didn’t offer Hart’s energy or playmaking. Serge’s last bright moment as a Clipper came in a win against the Lakers on February 3, where he poured in 20 points on 15 shots, collected 8 rebounds, and blocked two shots in 33 minutes. It was the type of performance that Clippers’ fans had hoped for all along, but it was too late, and Serge was traded at the deadline a week or so later to the Bucks for Rodney Hood and Semi Ojeleye. And thus his Clippers’ watch was ended.

Serge might continue to float around the NBA for a couple of years as a depth piece and veteran mentor, but his days as a key rotation player seem over. Maybe another year removed from his back injury could get Serge back to a high level of play, but at his age with his number of miles that seems unlikely. His parting with the Clippers seemed fairly amicable, but him returning seems unlikely.

Ultimately, while Serge gave the Clippers some good minutes in the 2021 season, the best in franchise’s history, and is a beloved teammate and presence, his signing will be remembered as a major disappointment. It’s not Serge’s fault that he got injured and was never really right with the Clippers, but it did happen, and the guy who was supposed to push them over the top played only 18 minutes in the playoffs for them. Best of luck to Serge going forward, and hopefully his health bounces back so that he can have a better end to his NBA career.