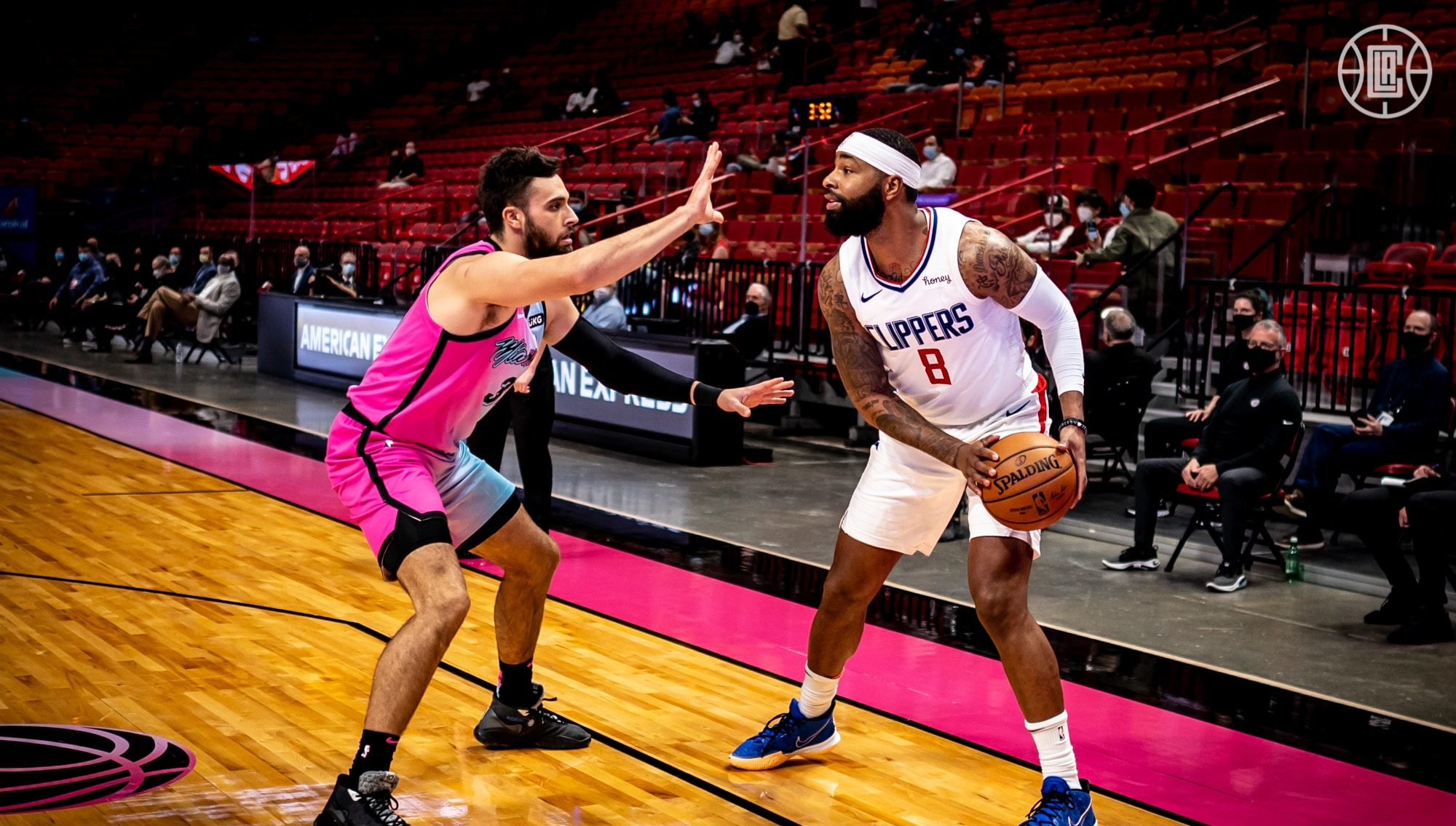 With the new NBA season nearly upon us, we’re running our annual preseason player preview series. Next up, a 2021-2022 season preview for Marcus Morris.

Higher than they were before last season. How much higher will depend on Morris’ deployment.

Marcus Morris has largely excelled in his primary role, which has been to convert open shots. The refrain of this Clippers preseason has been how the team will adjust to Kawhi Leonard’s absence. Morris sits at one tactical inflection point.

On one side is Morris the isolation scorer. In concept, he is the player best equipped to imitate Kawhi’s role in the offense. On the other side is recent history. Tyronn Lue and staff have already managed more than a playoff series without their star wing, and instead of plugging a Morris peg into the Kawhi hole, they essentially kept Morris in place and placed the playmaking onus elsewhere.

Whichever path the Clippers choose, and they may explore both (and more) in the regular season, expect Morris to start more than the 29 games he did last season.

It starts with shooting. At least it did last year, when Morris was a straight flamethrower, matching his heady 47.3% field goal rate with a blazing 47.3% rate on threes. He largely kept it up in the postseason. He is deadly from the weak side when defenses collapse on the pick and roll or the Clippers’ star players.

Morris is also big, with more than enough size to line up at power forward in the NBA of 2021 but with enough mobility to stick to more perimeter-oriented wings in spurts and enough bulk to withstand stretches in the middle. When healthy and engaged, Morris gives his coaching staff another defensive tool, with his postseason work against Luka Doncic among his better tape. He would be exposed in a nightly role as a stopper, but he possesses the versatility to switch onto players both big and small.

One thing to watch for if he gets more isolation play, is that in a similar role shot creation role with the Knicks, he was a free throw collector. In 43 games in New York he managed seven free throws per 100 possessions, which would’ve ranked second with the Clippers last season. With the ball in his hands, he is nothing if not determined.

Morris creates shots but he creates them for one player: himself. Last season, only three players recorded a higher usage rate with a lower assist rate. When the ball gets to Morris and he fixes his eyes upon the basket, for better or for worse, it’s probably going up.

Also, for a player for whose size is such an asset, Morris doesn’t play big in a crucial way: his rebound rate. Last season, he was outrebounded on a rate basis by half the team, including Paul George and Terance Mann. He was only marginally better than Luke Kennard.

Finally, Morris may be too streaky considering the relative prominence of his role. In 19 games last postseason, Morris failed to make a three six times and converted just one another four times. For a player whose contract and role make him the team’s ostensible third option, he plays with the high variance of a deeper alternative.

Marcus Morris is a valuable contributor. For all the talk about his contract, his streakiness, and the draft pick surrendered for him, the Clippers had a clear vision for Morris that he has largely fulfilled. His presence, along with Nic Batum’s, affords the team its signature malleability.

All of this makes Morris more valuable to the Clippers than to most any other team. His contract could serve as useful salary ballast in trade, but as the team lacks additional sweeteners, Morris is likely to stick around for at least another season.